THE Northumberland auctioneer Jim Railton who was charged with offering and advertising 54 wild birds’ eggs for sale, has now been fined £1000 plus costs at Alnwick Magistrates Court. 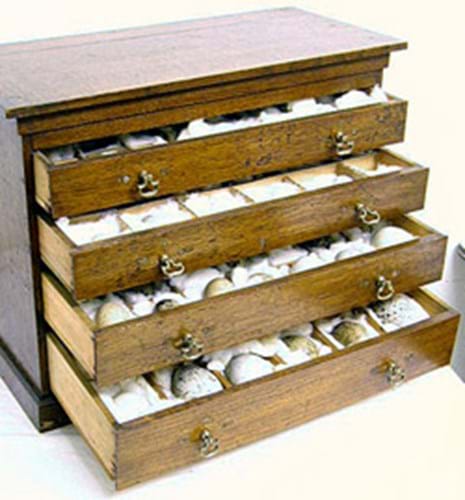 The cabinet of birds’ eggs at the centre of the case.

The charges related to the inclusion in a sale last October of an Edwardian oak cabinet containing an old collection of eggs, estimated at £30-40. There was widespread comment - and national media coverage - about what was seen by many as the heavy-handed pursuit of the case by police.

Mr Railton, who pleaded guilty to the offences, said he was disappointed with the outcome. "Given the public reaction to the case, I was expecting an absolute discharge," he said. "My lawyer felt it would be a reasonable outcome in the circumstances, but the magistrates thought otherwise."

He revealed that he had received overwhelming support, including offers of help with costs and legal representation, and had even been mentioned in the House of Lords.

A spokesman for the Royal Society for the Protection of Birds (RSPB) was unrepentant about the decision to pursue the matter fully.

Although a £1000 fine may seem exorbitant for what many regarded as a technical offence, it is far less than the maximum possible penalty under the Wildlife and Countryside Act 1981 which allows for a £5000 fine for each egg and/or up to six months' imprisonment.

"The lesson for the whole auction business is that it is illegal to sell any wild bird egg, but it has been an expensive lesson for me," said Mr Railton.

He said that the cabinet and eggs would now be returned to the vendor.

Ownership of eggs is not, in itself, an offence.

For when he clocks off...