17th century sculpture returned to church after withdrawal from sale

This c.1614 polychrome alabaster sculpture lost from a London church during the Blitz has been returned to its original location. 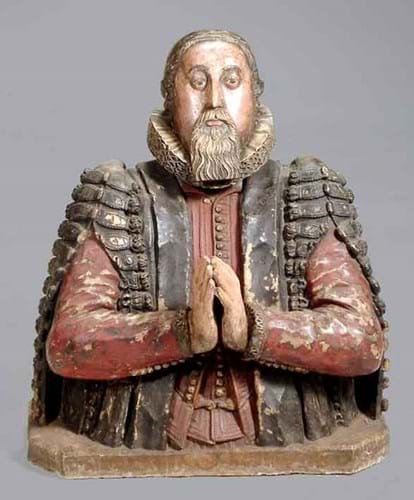 The effigy of Dr Peter Turner, an eminent physician and botanist, was taken from the bombed ruins of St Olave's in the City of London on April 17, 1941, and only resurfaced in April 2010, when it came up for auction at Dreweatts.

Thanks to the goodwill of two European antique dealers, the £70,000 bust was withdrawn from sale and returned to the church who commissioned its repair. The bust again completes Turner's funerary monument in the south-east corner of the church.