Christie’s has announced a major consignment of Old Master drawings which will be offered over the next two years in a series of sales in London, Amsterdam and Paris. 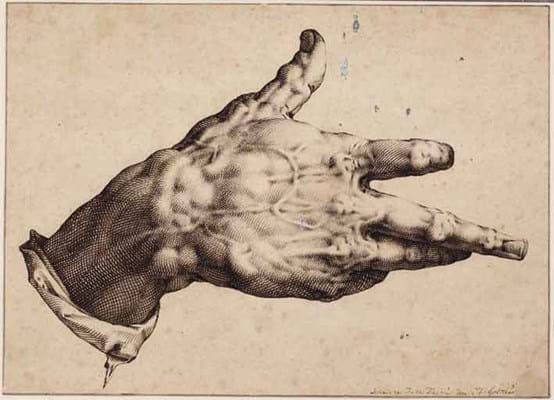 The collection formed by the art historian and former head of the Rijksmuseum's prints and drawings department Professor I.Q. van Regteren Altena (1899-1980) amounts to more than 800 lots in total and is expected to realise around £10m in total.

Given his special area of connoisseurship, the collection has a special focus on Dutch and Flemish drawings from 1550 to 1850 and includes examples by the likes of Rubens, Rembrandt, Goltzius and de Gheyn.

While the Rijksmuseum were given first choice and selected to acquire a landscape by Jacob de Gheyn II (1565-1629) and a group of 46 watercolours by Joseph Augustus Knip (1777-1847), the heirs of the collector have also donated to the Rijksmuseum a group of 69 drawings by 19th-century Dutch contemporaries of Knip in Italy.

The first tranche of the collection will be offered at Christie's in London on July 10 and will comprise more than 70 lots.  These will include the potential highlight of the works from the consignment: the only known preparatory sketch for Samson and Delilah, one of Sir Peter Paul Rubens' (1577-1640) greatest paintings which is now in the National Gallery, London. The pen and ink drawing is estimated at £1.5m-2.5m.

Another notable lot will be a drawing of a young beggar leaning on a stick by Rembrandt Harmensz. van Rijn (1606-69). The work is related to a series of etchings of the same subject dating from 1629 onwards and is characteristic of Rembrandt's figure drawings produced while he was working in Leiden as a young man.

One of the most intriguing and striking works in the collection is Study of a hand by Hendrick Goltzius (1558-1617). The pen and ink drawing from c,1588 depicts the artist's own right hand which had been mutilated in a fire while he was a child. This drawing was also used for the hand of St Jude in an engraving of 1589.