The art and antiques trade has reacted with mixed views over the launch of an investigation into the way auction houses display their commission rates. A number of dealers have told ATG that an investigation into transparency of buyer’s premium is long overdue, while auctioneers have pointed out that the proposed changes would be unnecessary and impractical. Could catalogue entries look like this in the future? The buyer’s premium levels are quoted here alongside the estimates, whereas under current auctioneering practice they generally appear at the back of the catalogue under the ‘Terms & Conditions’ section.

The UK’s Advertising Standards Authority (ASA) is considering whether estimates in auction catalogues are misleading as they fail to either state or include the buyer’s premium alongside the guide price. Letters were sent at the end of last month to the Society of Fine Art Auctioneers (SOFAA), the Royal Institution of Chartered Surveyors (RICS) and the National Association of Valuers and Auctioneers (NAVA) to gather industry views before deciding how to proceed. Replies were invited before Friday, August 12. “Adding the Buyer’s Premium into the estimate is meaningless… This is what our terms and conditions are for and to which bidders sign up before they bid.” 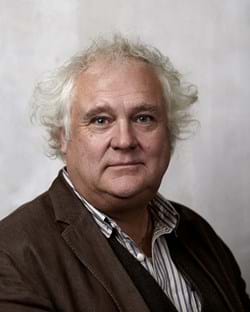 “I am surprised that it has taken so long for them [the ASA] to target the situation, as the way things stand auctioneers are seemingly in direct contravention of the CAP code [the UK’s code for non-broadcast advertising].

“At a time when the art and antiques market is focused on developing greater transparency, it seems timely that auctioneers should aim to make their practices, commissions and fees transparent and clear to their vendors and purchasers alike. “Auctioneers do need to make it clear before selling items that there is a premium to pay on top of the hammer price and clearly publish this fact. This is particularly important online where most of the new and novice bidders are now appearing.

“However, it might be somewhat impractical in published catalogues for every lot to have a premium notice underneath it.”

“Our main interests at this stage are to establish why the ASA are going ahead on the basis of one complaint, which could quite conceivably be mischievous.

“It also seems rather premature on the part of the ASA to be asking how the problem should be dealt with, when it has not been established that there actually is a problem.”

“The problem to do with the buyer's premium has been with us for years, and has been a contentious matter ever since this charge was introduced in the 1970.

"I am sure many will be pleased that the ASA is turning their attention to the problems necessarily associated with this curious device.”

“Publicising an auction estimate is often done for the benefit of the vendors to give them a guide as to what we auctioneers believe it could be worth. However, we are always in the hands of the bidders as to what they will actually wish to bid up to for a lot.

“If we were a retail environment then this sort of issue would be applicable however, as we all know the auction world is very different.”

While catalogues and printed media in general have restrictions in how we can clearly communicate commission rates to our customers, digital media may be the format for the ASA to focus on to allow auction houses to provide total clarity. “Fellows are one of a number of auction houses that now provide accounts pages that allow you to not only track your payments after a sale but also clearly see prior to the sale the full amount your bid equates to, with fees added, should you win. We know from our own feedback that this is well received by our customers.”

Further comments will appear as part of a series of letters on this subject in next week’s issue of ATG’s print publication.