An important collection of early chess pieces will be offered as part of Sotheby’s Islamic sale in London on April 20. 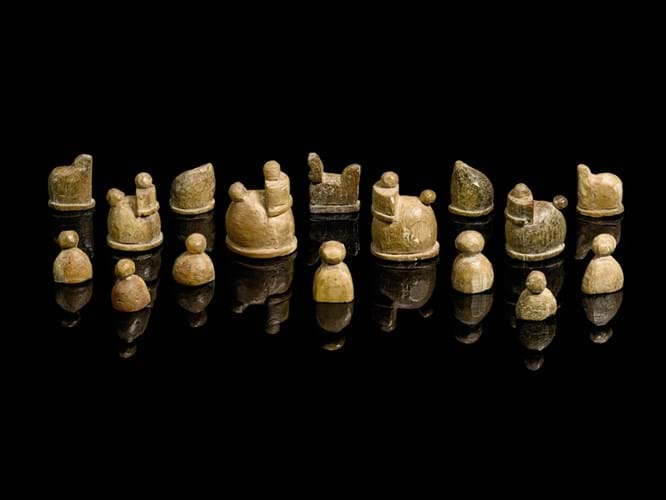 From collection of German chess grandmaster Lothar Schmid, this rare and near-complete Samanid chess-set from the 10th/11th century is estimated at £20,000-30,000 at Sotheby’s.

The collection was assembled by Lothar Schmid, a German grandmaster famed for refereeing the 1972 Cold War face-off between American Bobby Fischer and Boris Spassky of the Soviet Union.

Schmid, who died in 2013, was one of Germany's leading grandmasters, winning his first Championship at the age of 13 and going on to participate in numerous Chess Olympiads. He also assembled one of the greatest collections of historic chess pieces, as well as a vast collection of books relating to the game.

His library was said to be the world’s largest and most complete, comprising more than 50,000 volumes on the subject and including rare copies such as the first printed chess book, dated 1497.

The nine lots at Sotheby’s each relate to the early evolution of the game throughout Persia and the Middle East from the 9th century onward. Together the items have a combined estimate of £73,800-117,200.

They include the sixteen-pieces forming an almost complete chess set dating from 10th/11th century Nishapur, part of the Samanid empire in modern-day Iran. The game is mentioned in writings from the period, notably by Firdausi (934-1020) who described the game as one which came to Persia from India.

The ivory pieces include the Kings and Queens as stylised 'animal' figures, the knights and rooks which are also in stylised form, while the small pawns in abstract form with small ball-head terminals.

Estimated at £20,000-30,000, the set is an extremely rare survivor. While individual pieces of this form period are known, complete sets are practically non-existent. Dr. Thomas Thomsen, President of Chess Collectors International said: “In my 40 years’ experience, I am not aware of any other chess set from this period.” A large Fatimid rock crystal chess piece, Egypt, 11th century, from the Lothar Schmid collection which is estimated at £30,000-50,000 at Sotheby’s sale.

Another rare item in the collection is a large rock crystal king or queen from 11th century Egypt, estimated at £30,000-50,000.

Carved with deep bevel-cut scroll designs and dash details, it belongs to a rare corpus of Fatimid carved rock crystal chess pieces. The material used underlined the importance accorded to the game of chess by the Fatimid dynasty (rock crystal is an extremely hard element and was only carved by the finest craftsmen).

A similar example is in the Victoria and Albert Museum, London.