Fellows’ second Designer Collection sale fetched over £100,000. With a Hermès Birkin 35 taking the top spot, it seems the current trend for classic fashions and accessories at auction is here to stay. 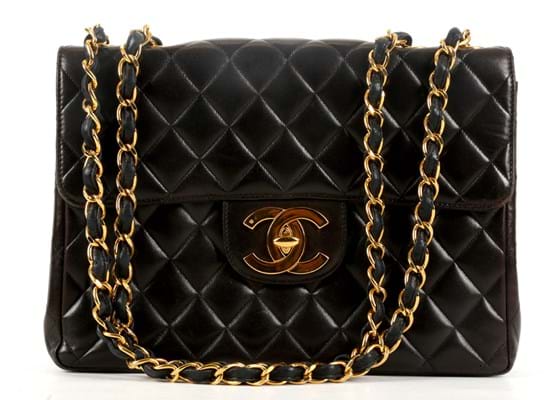 With 70% of the 450 lots sold at their latest designer sale on July 28, Fellows were “delighted with the results”, which saw Chanel and Louis Vuitton join Hermès as top selling brands. The blue ostrich leather Birkin 35 sold for £7500 and joined four other Birkins as the auction’s top five selling lots, fetching £26,000 between them (plus 15%/12.5% buyer's premium).

“We had a real mix of buyers and the sale room was busier than it’s been for a long time. Most buyers were from the UK and Europe but we also had our first buyer from Malaysia,” said Fellows.

Thierry Hermès (1801-75) established the French company in 1837, with the first leather handbags introduced in 1922. The original sac à dépêches was popularised by the actress Grace Kelly in the 1950s and instantly became known as the ‘Kelly’ bag. A 1970s tricoloured vintage Kelly bag in blue, tan and red reached its top estimate of £1800.

But the Louis Vuitton brand also sold consistently well at Fellows as did Chanel - a reissue Quilted Classic Flap handbag sold at its top estimate of £1800, with a lambskin leather Maxi Classic Flap fetching £1700.

Other auctioneers have seen good results at their recent designer sales too. Top of the 380 lots at Chiswick Auctions’ Designer Handbags and Fashions auction on July 11 were two more Hermès bags - the cream Retourne Kelly 32 and black Sellier Kelly 32, both selling for £2500 each online to American and European buyers (plus 23% buyer's premium).

Prudence Hopkins, specialist at Sworders, commented: “Fashions may change, but true classics never go out of style and there is a widespread and growing desire to acquire the best, whether it is clothing, accessories or jewellery. While many of us can’t stretch our budgets to buy new, and to avoid long waiting lists too, women are opting to buy at auction.”

“The total hammer price for the sale was £855,000 – not bad for some old frocks,” said Kerry. She advises newcomers to be aware of fakes and, with handbags in particular, to check for original stitching and that the metalwork is properly finished. “The most popular handbags are the Hermès - Birkin, Kelly and Constance - followed closely by the Chanel Double Flap bags,” Kerry confers.

The highest price paid for a designer handbag was for a rare Himalayan crocodile Hermès Birkin with 245 diamonds which sold for a record $300,000 (£208,000) at Christie’s Hong Kong on June 1.

Kerry Taylor Auctions - Antique and Vintage Fashion and Textiles sale on October 11, and ‘Passion for Fashion’ on December 6