The Victoria & Albert Museum unveils 500 objects from its Gilbert Collection

The Rosalinde and Arthur Gilbert Galleries in the Victoria & Albert Museum has re-opened with more than 500 objects on display, free to the public. The Victoria & Albert Museum has re-opened The Rosalinde and Arthur Gilbert Galleries with more than 500 objects on display.

The South Kensington museum had closed the collection to make way for a construction project but it has re-opened this month spreading the collection across four galleries.

The collection comprises gold and silver, enamel miniatures, gold boxes and mosaics. The collection was first donated to the museum in 1996 but it has subsequently added to it via The Gilbert Trust for the Arts. 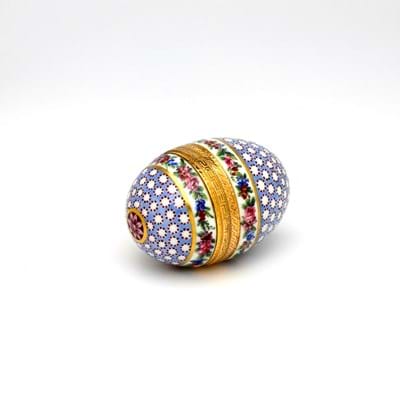 The late Sir Arthur Gilbert (1913–2001, knighted in 2001) was a British-born American property developer and philanthropist. He simply said he and his wife collected “beautiful things”.

V&A senior curator Heike Zech said: “The collection reflects the taste of this eclectic collector-couple… The galleries showcase some of the most beautiful objects ever made and are testimony to Rosalinde and Arthur Gilbert’s enduring quest for beauty and perfection.”

The museum’s Exhibition Road building project includes a new entrance, courtyard and subterranean exhibition space and will open in July next year.

Later this week, close by on Kensington High Street, the Design Museum will open.

The £83m development of the 1960s modernist building is three times the size of its previous riverside home in Shad Thames.

The Kensington building was previously the home of the Commonwealth Institute pavilion.