Versailles takes its pick and buys picture of the château orangerie

The Château of Versailles exercised its right of pre-emption to acquire an 18th century painting of its orangerie that was offered at auction. 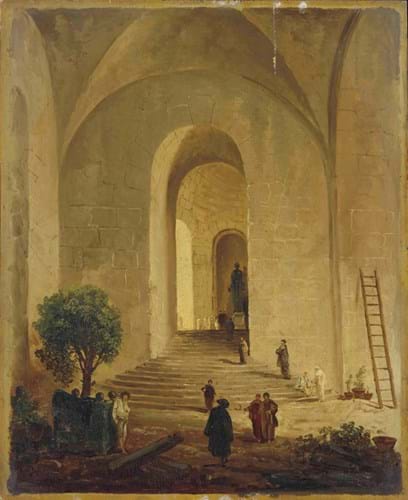 The orangerie at Versailles by Hubert Robert – €110,000 (£100,000) at Christie’s Paris. The painting was pre-empted and then acquired by the Château of Versailles itself.

The 18 x 15in (46.5 x 38cm) oil on panel appeared in Christie’s Paris sale of Old Masters and 19th century paintings on September 14, timed to coincide with the Paris Biennale fair.

The painting was by the Parisian artist Hubert Robert and depicted the orangerie as built by Jules-Hardouin Mansart between 1684-88 to replace Le Vau’s construction. It had been in the collection of Paul-Louis Weiller (1893-1993), passing by descent to the vendor.