Lord Ashcroft’s superb collection of medals on public display at the Imperial War Museum in London has grown even larger thanks to a George Cross bought at auction. 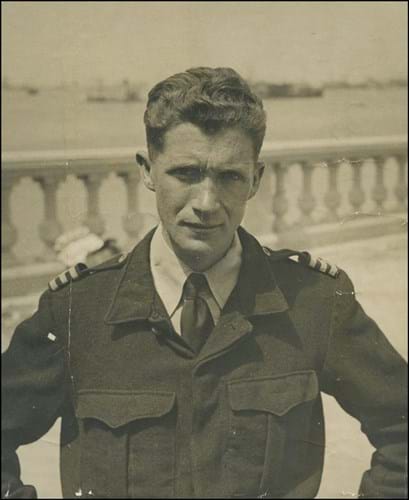 George Stronach, winner of one of just three George Crosses awarded to merchant seamen during the Second World War. His medals sold for £180,000 in the Dix Noonan Webb auction on May 10.

Lord Ashcroft has long been known for collecting outstanding examples of the Victoria Cross but in recent years has also built a reputation for buying GCs at auction, helping to raise the stature of this award to its proper level (it is the equivalent to the VC for civilians, and actions by members of the armed forces not in the face of the enemy).

The medals of George Stronach, winner of one of just three George Crosses awarded to merchant seamen during the Second World War. The medal group sold for £180,000 to Lord Ashcroft at Dix Noonan Webb.

Bomb disposal is a common GC theme but the Chief Officer George Stronach honour was one of just three awarded to merchant seaman during the Second World War.

He rescued comrades from the blazing SS Ocean Voyager, which was one of the vessels supplying the British Eighth Army as it fought its way westwards across North Africa. It had been moored in Tripoli with thousands of tons of aviation fuel and ammunition aboard when it came under low level attack from the Luftwaffe.

And in February last year he paid £120,000 for  the GC group awarded to Wing Commander Leonard Harrison RAF, who worked in bomb disposal and is believed to have defused more unexploded devices during the conflict than any other man.