A sale packed with English works on paper spanning the early 19th to early 21st centuries takes place at Freeman’s in Philadelphia on September 18. Patricia Roche, a children’s book author and illustrator, and her husband John, a lawyer, started collecting English 19th century watercolours and prints while on holidays or business trips, buying from London galleries. Their taste later expanded to contemporary British and American artists.

Having decided to part with their collection, the fruits of decades of enthusiasm, they have consigned 100 lots to Freeman’s for a sale whose proceeds will fund a scholarship at St John’s University in New York where Patricia studied English. 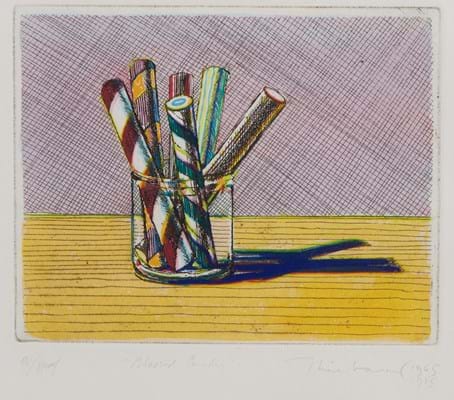 The Roches’ English watercolours include works by a number of well-known 19th century names: nature studies by William Henry Hunt; landscapes by Albert Goodwin and marines by Henry Brabazon Brabazon.

Among the more recent artists favoured by the Roches were Dame Elizabeth Blackadder represented by two watercolours: Crabs and Purple Irises; the Scottish artist Gary Anderson and the Californian Wayne Thiebaud. There is also a selection of works by renowned illustrators such as Arthur Rackham and Maurice Sendak.