Bonham’s annual sale devoted to Aston Martin features old and new models of the classic British car – including some James Bond favourites – as well as a wide array of automobilia. Held in conjunction with the Aston Martin Owners’ Club, the auction takes place at Wormsley Estate in Buckinghamshire. Here are six highlights for collectors and enthusiasts to look out for. The DB5 is the most closely associated with the James Bond franchise appearing in films such as Goldfinger, Thunderball and Casino Royale. Earlier this week Aston Marton revealed plans to produce 25 new ‘Goldfinger DB5s’ for well-heeled buyers (these will come complete with Q-branch gadgetry including twin machine guns concealed in the headlights, but excluding the ejector seat).

Those in search of a more authentic model will find several equivalent DB5s including a 1964 example, estimated at £620,000-680,000, offered in silver birch paintwork with black leather interior. 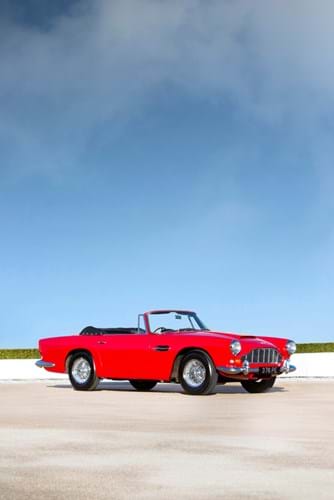 This 1959 Aston Martin DB MkIII Sports Saloon with automatic transmission and left-hand drive was delivered new to California. Little known about its history and it is offered with a non-matching engine. However, with an estimate of £85,000-115,000, it is apparently free of any rust or corrosion and is now offered as a restoration project.

The oldest car on offer is the 1952 Lagonda 2.5-litre Drophead Coupé. Estimated at £70,000-80,000, it features a six-cylinder twin-overhead-camshaft engine. Designed by Frank Feeley, its elegant lines and Italian style may have been a nostalgic nod to pre-war Lagondas, though the model featured advanced all-round independent suspension. 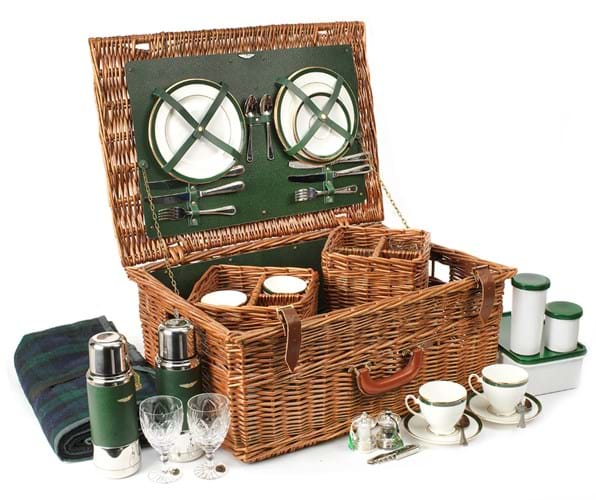 This branded Aston Martin wicker-cased picnic set for four has an estimate of £500-700 at Bonhams’ Aston Martin sale of May 19.

As well as around 30 cars, the sale offers a huge range of automobilia and other collectables, from signed James Bond and Italian Job photos, to signs, to car badges. Make a day of it with the old Aston by buying this branded wicker-cased picnic set for four. The 1990s hamper includes two vacuum flasks, four Royal Grafton bone china tea-cups and four lead crystal wine glasses. It has an estimate of £500-700.

Hurricane returns to its spiritual home for sale

Vintage cars set Bonhams on the road to Paris sales