The most popular stories on this website over the last week included news of a Lalique Ceylan pattern vase described as “simply the best” example of its kind selling at Lyon & Turnbull. 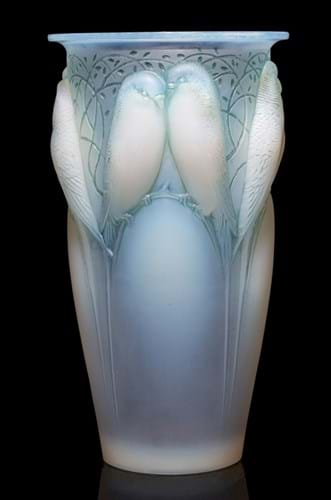 A funerary statue from Cyrene (near present-day Shahhat in Libya) dating to the 2nd century BC is being returned to Libya. The funerary statue from Cyrene dating to the 2nd century BC is being returned to Libya.

Napoleon’s cane made for him when in exile on St Helena and a shirt he wore there are two of the lots featured in a London auction held to mark the bicentenary of his death. Sotheby’s has made changes to its Old Master department in London. 5) ‘There are more book buyers out there than we realised’ Pom Harrington started in the rare book trade after leaving school in 1994, working for the firm his father and uncle started in 1969. He took over the running of Peter Harrington Antiquarian Books in 2000 and became owner and partner in 2003. He is currently chairman of the 'Firsts' fair and the new president of the Antiquarian Booksellers’ Association.

This list is based on unique users for individual news stories over the period May 6-12, 2021.