The big debate: should dealers be vetting?

The TEFAF decision to remove dealers from vetting at their shows has caused debate (ATG Nos 2367 & 2368). Here, silver dealer Alastair Dickenson writes to ATG giving his view, while we canvass opinion from four more experts. 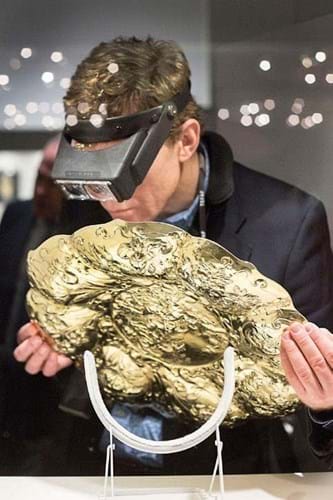 Vetting a silver-gilt dish at TEFAF Maastricht in March.

Dealers are generally in the best position to judge

MADAM – I am staggered at the naivety of TEFAF in removing all dealers from vetting at their shows.

As someone who has served on and chaired silver vetting committees over several decades, I never experienced any personal vendettas between committee members and participating dealers.

It is an invidious task asking for a piece to be removed from a dealer’s stand, particularly as the vast majority of the trade play by the rules and want to exhibit the best things they have, but there have always been a few pieces that have caused concern among the vetters.

No one wants to remove an object – especially as there might have been a serious financial investment – but the bottom line is that vetting is there to protect the public.

Dealers generally have the best insight about the condition of an object as they spend a lot of their lives looking at auctions and other dealers’ stock.

They handle a huge quantity and variety of antiques which puts them in the best position to judge.

Academics usually have a very different area of experience. This is not saying they don’t know as much, it is just highlighting their different approach and experience.

It is up to the particular heads of individual committees to ensure that no undue pressure is exerted by any individual of that committee. In my experience it was a very democratic process, all the more so as most members were a mixture of dealers, academics and restorers. Dealer and silver specialist Alastair Dickenson who has served on several vetting committees over the years.

I worry about the safety of buying at future TEFAF fairs. Throughout my 45 years of being in silver I have vetted at Grosvenor House, the international silver and jewellery fairs, Olympia and Masterpiece as well as fairs in Germany and the US. The vetting committees of all of these were largely made up of dealers who carried out their tasks diligently and fairly. Sure, there were always exhibitors who were very unhappy about something being removed and that is why there was usually an appeals process.

In the days when I used to participate in fairs I have had the odd piece removed from my own display so I know how disappointing it is.

I think this is a very dangerous move by TEFAF and sincerely hope they do not live to regret it.

The view from the trade

ATG asks: do buyers at vetted fairs need the reassurance of trade as well as academic and museum vetters?
Here, experts John Robertson, Cristian Beadman, Martin Levy and William Iselin give their views. In one sense, TEFAF’s decision is an extraordinary one.

I bow down to the acknowledged experts on artists such as Turner, but there are thousands of good pictures by artists who are being rediscovered and do not yet attract the interest of academics.

Compared to a dealer who has been buying and selling for 30 or 40 years, museum curators and academics won’t necessarily recognise these artists’ work, their handling of paint, tonality or draughtsmanship.

There are some dealers who have an extraordinary ability to read an artist’s work because they’ve been at the sharp end and put their own money behind their knowledge. I would, for instance, take Rupert Maas’ opinion on a Pre- Raphaelite drawing over anyone’s.

I was chairman of the vetting committee at the watercolour and drawings fair for many years and our vetting team was composed of dealers and curators. I well remember how some of the most respected and at times opinionated vetters from the museum world would defer to the late John Abbott, one of the country’s most experienced commercial dealers, of Abbott & Holder.

At the watercolour fair ‘surgery’, where the general public were invited to bring pictures in for valuation, attribution or conservation, the academic team were frequently astounded by Abbott’s encyclopaedic knowledge of hundreds of lesser-known artists.

Yet in other ways I can understand where TEFAF is coming from. We are all aware of the rising litigiousness in the art market and commercial rivalries in the trade.

I’m also conscious we are moving into an era when fewer dealers have had the privilege of handling the quantity of work that my generation did. Museum experts may not have put their money where their mouth is, but the chance nowadays is that they will be more familiar with the work of major names than most younger commercial dealers.

Sadly, the number of dealers whose opinion I’d value in a dispute over attribution of English watercolours is fast diminishing. They’ve gone to a better place and not been replaced!

It’s a different world and the TEFAF decision on vetting reflects that. I would never doubt the knowledge of a museum curator or specialist but they simply don’t see the sheer volume and turnover of objects that auctioneers and dealers do. And I would also suggest that they do not see the reproductions and fakes in any real quantity either.

Take the most common bronzes I’ve catalogued: casts of the 18th century marble sculptures, the Marly Horses by Guillaume Coustou the Elder. I must have personally catalogued 300 pairs of those in the past 20 years. There are so many of these out there – I know a dealer who has 20 pairs in his stock.

By seeing and handling the sheer quantity of these, I know them inside out. I know a late 18th century casting from a mid-19th century cast, from a late 19th century cast, to later copies. It is all about the volume and the turnover. A museum curator is very unlikely to see these quantities.

That said, I can see the perceived or potential conflict of interest when you have commercial vetters. When I vetted metalware at a particular fair in London, I vetted off just one item. The dealer would not have it. He was much older than me and didn’t trust my opinion, and in the end it was his opinion against mine. He went to the fair organiser to say he genuinely believed his item was old. I was also standing at the fair and had similar stock, and he thought I was being personal about his stock when I wasn’t.

Overall, I understand why TEFAF might do this but a vetting committee without the trade simply cannot be such a thorough process. Vetting is primarily about confirming authenticity and attribution, but also concerns condition. In my experience, having chaired the vetting committees at Grosvenor House and furniture vetting at Masterpiece in 2017, the process depends on a variety of skills.

Museum expertise is recognised as bringing huge value to judgements about attribution and context. Conservators, to whom curators invariably defer in their professional lives, offer valuable advice with regard to condition, but tend often only to see the detail.

Seasoned representatives of auction houses and the trade bring expertise from seeing and, importantly, handling, multiple objects in their fields, on a daily basis.

Vetting, which is undertaken to protect the buying public, should depend on the combined expertise of all these interdependent groups.

Moreover, to dismiss those in the market might seem to imply a lack of expertise and integrity among those who are, one assumes, rigorously selected by organisations such as TEFAF to fill their fairs. As an adviser and private dealer in the field of European furniture and decorative arts, I have vetted at Masterpiece, the La Biennale Paris and at TEFAF New York.

Successful vetting demands not only in-depth knowledge of a broad range of subjects but also consensus building, negotiating skills and an ability to know when to compromise – all in a very limited time-frame.

In my experience, this is best achieved through a well-balanced committee of dealers and auctioneers, museum curators, conservators and independent scholars.

Excluding the trade means excluding their knowledge of the market and its practices as well as their familiarity with particular works of art. Frequently I recognise a certain work that has been heavily restored and can reassure other vetters that the work in question is genuine and just over-restored.

Conflicts of interest are inevitable. Aside from the obvious case of dealers needing to recuse themselves from vetting an object in which they have a financial interest, most of the dealer conflicts arise on a more personal level, with trade rivalries and jealousies coming into play.

Conflicts aren’t restricted to dealers: conservators work for many of the dealers they vet. I have seen two instances in different fairs where a restorer was vetting pieces he had restored for the dealer.

Many scholars make their living writing texts for dealers and are then called on to vet works of art belonging to those same dealers that have paid them for their work. Nothing is inherently wrong with either of these scenarios. However, if you are going to exclude the trade from vetting, then you may need to extend the ban to other art world participants.

The best solution for managing these conflicts comes through the committee selection process.

It calls for concertation and consultation on the part of fair organisers to make sure they get the right people involved – a difficult task at best given all the different fields they cover.

My preferred expression for describing the vetting process is ‘no good deed goes unpunished’, meaning that no exhibitor ever says thanks for a smooth vetting and angry ones are all too common.

However, good, honest vetting is vital to not only the success of a fair but to the overall success of the art market – which is why I spend a great deal of time doing it.