The venerable Antiques for Everyone (AfE) fair is still open to change in its 33rd year. The next edition runs from April 5-8 at Birmingham’s NEC, hosting around 200 dealers who offer items to fit a variety of tastes, functions and wallets. 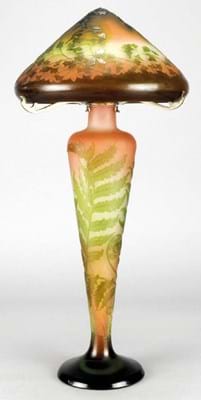 New to this edition is an extra weekend-only section. The area, open for two of the fair’s four days (on Saturday and Sunday), has no stand fittings and will host around 30 dealers who have signed up to get a feel for the fair at a lower cost. Many of these are newcomers or those returning after some time away.

London silver dealer Linda Jackson, for example, has not stood at AfE for around five years. “I’ve been concentrating on my shop,” she says, but adds that it is always good to get out and see who else is around and buying.

As a participant in the weekend-only section she seeks to “test the waters” at AfE bringing examples of her stock from across the board in terms of size, style and price. The opportunity to do so for less outlay than taking a full stand – and without disrupting the running of her Silver Vaults shop, open Monday-Friday – makes the venture particularly attractive.

Such innovations, Jackson reflects, are heartening. “There have to be some changes – the marketplace is transforming and the fair is having a go at making some alterations of its own.” AfE retains its other two sections. The first is devoted to the highest-quality items including traditional furniture, Asian and decorative art and painting. The second is a marketplace with stands of Scandinavian furniture, glass, ceramics, vintage jewellery and more. Both sections are vetted for quality and authenticity and run throughout the event.

Clarion Events organises the fair which is staged three times per year at the NEC.

Among the supply of side events at this staging is a display of Arts & Crafts spoons. A series of daily celebrity talks is presented by Judith Miller and Will Farmer, both of the BBC’s Antiques Roadshow, and Lester Bennett, a member of the British Institute of Interior Design, whose Saturday afternoon talk is titled Are antiques relevant in today’s interiors?

Anthony Jackson makes his first solo appearance at AfE, selling a 40-piece selection of Ruskin Pottery. “I collected too much of it so I had to start selling it,” he says. He also brings Lancastrian and Royal Worcester.

Gemma Redmond Vintage returns to this edition after some time away.

Spoons in the spotlight

A Spoonful of Arts & Crafts in the UK is the special exhibition at this edition of AfE. The loan show is curated by Simon Moore, author of Artists’ Spoons & Related Table Cutlery – a British History of Arts & Crafts Flatware.

It focuses on Arts & Crafts spoon designs from the early 20th century and showcases works by many much-collected designers such as Archibald Knox, Charles Ashbee and Omar Ramsden. A selection of four spoons by Birmingham designer AL Jones. Moore will speak on ‘The Desirability of Liberty Arts & Crafts Spoons’ during the fair.