A new ABA president was appointed and a BADA president resigned in April, while fresh EU cultural goods rules and a prolific pensioner art thief sentenced to jail were among the other events making the news. After years of debate the European Union formally adopted a new regulation on the importation of cultural goods on April 17 which came into force in June.

However, it is expected the import licensing measures within the regulation will become law in the EU during 2020, although it is unlikely to be fully operational until an electronic system is introduced five years later.

The law will require cultural objects more than 200 years old that originated outside the EU to have identifying documents when imported or exported from the EU.

Drawn up to stop illicit trafficking of antiquities into the EU – a perceived source of income for terrorists and organised crime groups – the regulation was described as “clumsy and ill-thought-out” by dealer trade bodies who had lobbied to change the wording of some of it. A prolific pensioner art thief was sentenced to two years in jail in April.

Paul Whiting, 73, of Hounslow in west London, was sentenced at Isleworth Crown Court after he stole Park by the artist Frederick Deane (b.1924) from a west London club. Whiting stole the painting in November 2018 and was identified from CCTV by detectives from the Met’s Art & Antiques Unit. Book dealer Roger Treglown became the new president of the Antiquarian Booksellers Association, taking over from Angus O’Neill of Omega Bookshop in London.

Treglown, who operates from an office in Macclesfield, believes he is the first president of the venerable ABA – the world’s oldest art trade association – to come from “north of the Watford Gap”.

Victoria Borwick, president of the British Antique Dealers’ Association (BADA), resigned after nearly four years in the post. BADA’s council asked previous BADA chairman Ian Walker to act as interim president while a new president was sought. He remains in this post. 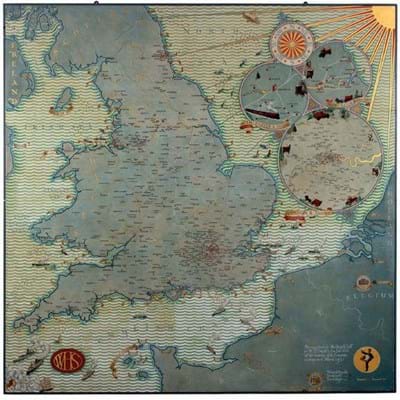 The April 23-24 edition of Ardingly International Antiques & Collectors’ Fair celebrated the event’s 50th anniversary. Caroline Penman, now a doyenne of the circuit, launched her midweek South of England Antiques Trade Fair at the South of England Showground at Ardingly in West Sussex in 1969. It is now run by IACF.