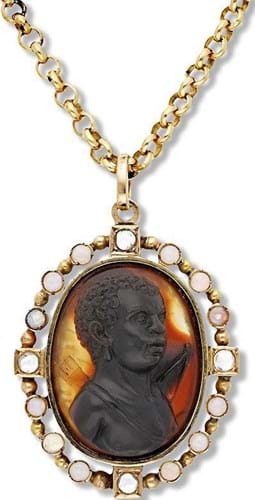 The subject is unusual – the torso of an African warrior, carrying a bow and quiver of arrows – and the carving exemplary.

Mounted within an opal and rose-cut diamond border, it attracted plenty of admirers at the auction on June 18 including the dealer and the private collector who provided the concluding bids.

The former won at £9600 – eight times its pre-sale estimate.