Dublin auction house Whyte’s will be offering works from the collection of leading Irish revolutionary Ernie O’Malley (1897-1957) on November 25. The sale is held in association with Christie’s and will take place at the Royal Dublin Society. O’Malley was an officer in the Irish Republican Army during the Irish War of Independence and went on become a writer. After his marriage (and subsequent divorce) to American heiress and sculptor Helen Hooker (the sister-in-law of JD Rockefeller), he devoted himself to the arts and championed many Irish painters including, Jack Butler Yeats (1871-1957) who became a close friend after the two men met in 1937 at the home of the historian Constantine Curran.

Among the highlights of the 100 lots in the sale this month are six works by Yeats which O’Malley purchased directly from the artist.

They include Evening in Spring from 1937 which depicts a group of figures sat around a dining table, believed to be a Yeats family dinner in Sligo. O’Malley bought it from the artist in 1945. Here it is estimated at €500,000-700,000.

Two other works by the artist have the same estimate: The Enfolding Night from 1947, depicting three figures walking through a barren landscape towards an intense light with a fourth figure is seated in the foreground, and Reverie from 1931, showing a figure in a railway carriage. 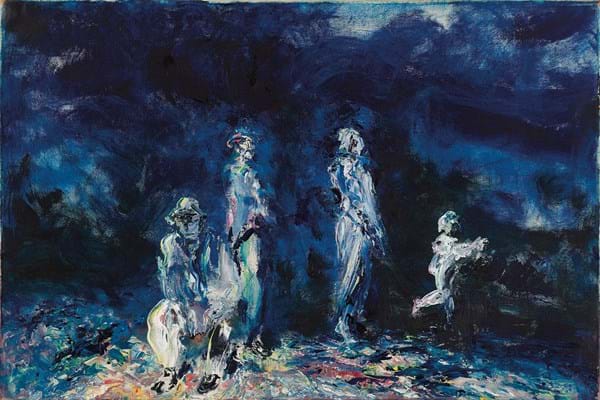 Meanwhile, Adam’s of Dublin held a single-owner sale last month of works from the collection of former Guinness brewer Patrick J Murphy and his wife Antoinette, who set up the Peppercannister Gallery in the Irish capital.

The couple were friends with many artists from the 1960s onwards, often buying direct from their studios, especially after Patrick served as a chairman for the Arts Council in Ireland where he advised on purchases which still hang in many state premises.

The 199 lots offered at Adam’s on October 23 were led by Crossing the Canal Bridge, from the Tram Top, a 1927 oil on panel by JB Yeats that sold for €100,000 (£86,280). It was an unusual painting depicting a view from the top of a double-decker tram as it crosses the Grand Canal at Portobello in south Dublin.

Sotheby’s is also offering over 30 works from the Murphy collection this autumn. Appearing across a number of sales in London and Paris, the lots are led by William Scott’s (1913-89) oil on canvas White with black predominating from 1973 which is estimated at £250,000-350,000 on November 19.

A further Irish collection up for sale at Sotheby’s is the 120 lots from the collection of the Irish property developer Patrick Kelly in London on March 18, 2020. The collection focuses on Irish painting from the 18th to 20th centuries and includes works by Daniel Maclise, Paul Henry, Roderic O’Conor and William Scott.

In advance of the sale, a viewing will be open to the public (by appointment) at the Kelly family’s Georgian home in Dublin at 44 Fitzwilliam Square. 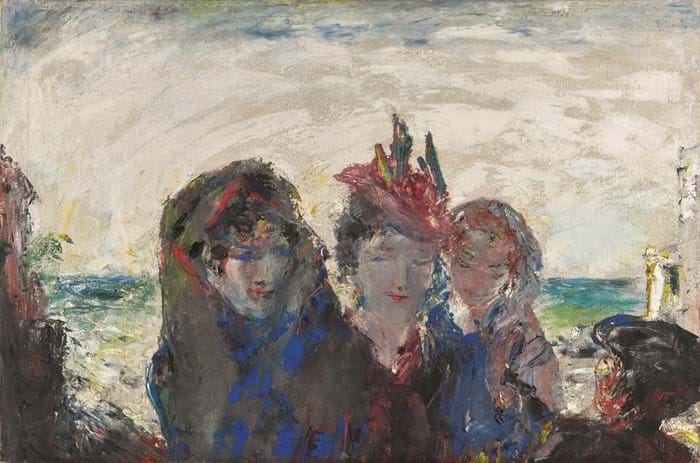 Previously owned by the American theatre actress Katharine Connell, who bought it in 1948, it shows a boy peering up at three young women against a background of the Sligo coast.