ATG’s selection of auction lots bought by internet bidders on thesaleroom.com from the period ???? -????, 2020. This includes both the highest prices over estimate and the top prices paid online. 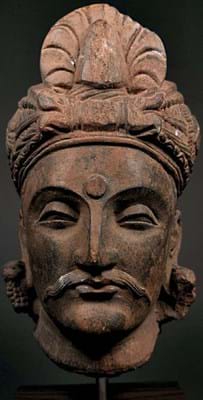 Kangxi plate decorated with a figure from the Water Margins plus two other blue and white dishes, with some damages.

Source: Bid Barometer is a snapshot of sales on thesaleroom.com for March 26-April 1.

‘Highest multiple over top estimate' = Our selection of items from the top 20 highest hammer prices as a multiple of the high estimate paid by internet bidders on thesaleroom.com

Top selling lots’ = Our selection of items from the top 20 highest hammer prices paid by internet bidders on thesaleroom.com