Twelve pieces of Post-War & Contemporary art from upcoming auctions taking place in the UK and overseas. Cottone’s Art and Antiques auction in Geneseo, New York on October 3 will include works by American, British and Continental European artists from the estate of Jane Forman Sheets of Buffalo, New York.

Among them is this 1966 gouache on paper by Alexander Calder (1898-1976), titled Loose Yolks. The 2ft 5in x 3ft 6in (75cm x 1.07m) painting, which is signed and dated Calder 66 lower right, is registered in the archives of the Calder Foundation, New York and has a provenance to the David Findlay Junior Gallery in New York and Nicholas Guppy, London who acquired it directly from the artist. The estimate is $50,000-80,000. Urban Art has been a popular auction category in France for some years now. Paris auction house Tajan is staging a dedicated sale on October 20 that encompass precursors of the movement such as Blek le Rat as well as work from the New York scene. De Baecque & Associés will be offering the second tranche of the Colette Creuzevault collection on November 20 in Paris at the Drouot auction centre.

This late Picasso drawing, Tête d’homme au chapeau, from 1971 will be one of the works on offer. The 13 x 9in (32 x 22cm) work on card, in black and coloured felt tip marker pen heightened with white chalk, is signed and dated 9-1-71 and numbered III on the left. It is also dated Samedi 9-1-72 and numbered III to a red felt tip pen sketch on the reverse.

Works from the estate of St Louis art collector Joan Conway Crancer, who together with her husband built a wide-ranging collection, forms a key part of Hindman’s three days of Fine Art sales in Chicago taking place on September 30-October 2.

Alexander Calder, Henry Moore and Barbara Hepworth feature in the October 1 Post War and Contemporary session which includes this bronze sculpture by Hepworth Maquette (Variation on a Theme) 1958, edition 6/9 measuring 17½ x 7½in (44 x 19cm). The work has a provenance back to the artist’s studio and was acquired from Gimpel Fils London in 1981. The estimate is $60,000-80,000. 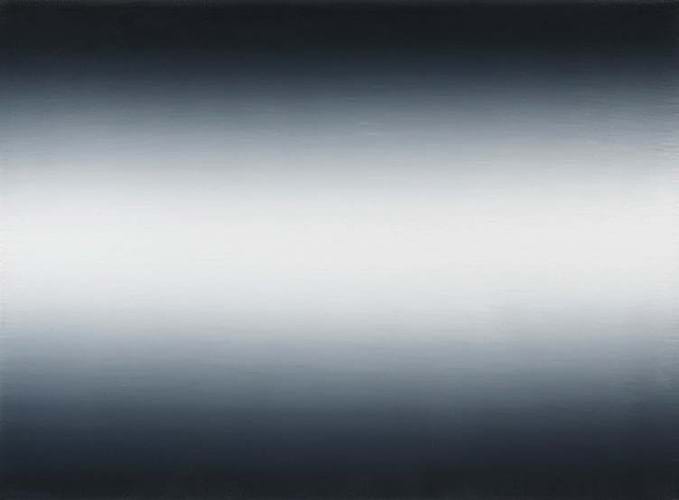 Until David Hockney became the most expensive living artist in 2018 that accolade belonged to Germany’s Gerhard Richter (b.1932).

While his large paintings sell in the millions, small-scale works – such as this example being offered at Lempertz’ evening sale of Contemporary art in Cologne on December 1 – are comparatively more affordable. This work on paper by André Masson (1896-1987) will feature in the Modern Art auction to be held by Tajan in its Paris saleroom on November 24. Germination cosmique from 1955, the pastel and collage on paper signed lower right, measures 2ft 1in x 19in (63 x 49cm).

With a provenance to the Galerie Louise Leiris, Paris and a French collection, it is estimated at €8000-12,000. On September 26 Van Ham in Cologne will offer over 500 works from the collection of Professor Thomas Olbricht – a selection which mixes Modern and Contemporary art by American and European artists with objects from his cabinet of curiosities and modern design. Some people think the contemporary art market is all about money. In the case of this lot being offered at McTear’s auction of Scottish Contemporary art in Glasgow on September 27, it difficult to argue otherwise.

The 20 x 16in (50 x 40cm) signed oil on canvas is titled Big Money and the estimate is £1800-2500. The artist is Graham McKean (b.1962) who was born in Ayrshire and whose paintings were described in the Scotsman “as a cross between the painters John Byrne and Stanley Spencer, with an interesting ‘bite’”. A very similar work on the artist’s website has the alternative title: Eye candy for bankers. A number of signed limited edition prints by Sir Terry Frost (1915-2003) are being offered at Hansons next month – part of a consignment from a corporate art collection.

The company that is selling has not been disclosed but the auction house said it was based in the UK and amassed the works principally in the 1980s and 90s.

In total, nine signed prints by Frost are offered as part of the Decorative Arts & Design auction at Bishton Hall, Staffordshire on October 9. Most are from editions of 40 and estimates range from £700 to £3000.

However, two of the works are from editions of just five, including The Moon Rising from 1989 which is estimated at £3000-5000. Evoking the earlier prints of both Joan Miró and of Henri Matisse, it comes from a series of works by Frost which relate to poems by the Spanish writer Federico Garcia Lorca. The artist Esteban Vicente (1903-2001) was among the ‘first generation’ of Abstract Expressionists working in New York. Today, however, his secondary market presence is somewhat overshadowed by better-known contemporaries.

The artist was born in Spain but emigrated to the US in 1936 to escape the Spanish Civil War. Having studied at the Real Academia de Bellas Artes in Madrid, he began experimenting with colour and geometric shapes in New York, producing numerous tonal compositions both as paintings and collages over the next 60 years.

One of his mixed works, an oil and paper collage on canvas titled Primavera Series: Lerna will be offered at Swann Auction Galleries in New York on December 3. It dates from 1985 and is part of a series of compositions evoking the colours of spring. The estimate is $25,000-35,000. Bonhams is holding an online sale of Russian non-conformist art that runs from September 14-24. The 134 lots in the sale have come from a European collection and individual estimates range from £200 to £30,000.

In contrast to ‘official’ Soviet art from this period, most of these non-conformist painters concealed their works for decades within artists’ studios and only displayed them at private ‘apartment’ viewings.

Such names include member of the ‘Lianozovo circle’ Vladimir Nemukhin; the Moscow conceptualists Erik Bulatov and Vladimir Yankilevsky; the abstract painters Edvard Steinberg and Ivan Chuikov; and founder of ‘structural symbolism’ Dmitry Plavinsky (b.1937).

One of the latter’s works will be offered at the Bonhams sale. Pythagoras’s Theorem & Bach is a 3ft 3in x 2ft 8in (1m x 80cm) signed oil and collage on canvas from 1988 that references the connections between mathematics and music. Acquired by the vendor’s family directly from the artist, the estimate is £20,000-25,000. Few artists in the post-war sector carry as much clout as Jackson Pollock (1912-1956). A major figure in the Abstract Expressionist movement, his auction record stands at over £30m and works are reported to have changed hands privately at many times this level.

But while his ‘drip’ paintings, that began in 1947, gain the most attention his earlier work also commands a following and tends to sell for much smaller sums.

A pre-war Pollock is being offered at Freeman’s 46-lot sale of the collection of Henry and Fannie Levine in Philadelphia on October 5.

Depicting the rolling hills and a farmhouse in the Pennsylvania countryside, the 12½ x 18½in (32 x 47cm) oil on canvas was painted in 1936 while the artist was employed by the Works Progress Administration’s Federal Art Project.

The Levines bought the picture at Sotheby’s Parke Bernet in New York in May 1974.

The normal new: Contemporary art remains at the core of auction and retail market