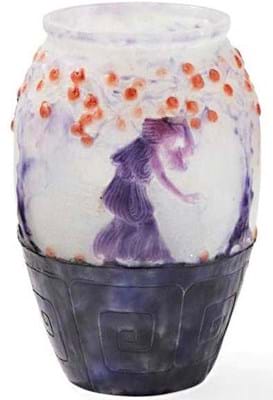 A 19th century German hunting dagger with gold inlaid blade engraved both sides with trees and game in a steel, canvas and wood scabbard, 18in (46cm).

Source: Bid Barometer is a snapshot of sales on thesaleroom.com for September 30-October 6, 2021.