A round-up of art and antiques news from the previous seven days, including an appeal from police for information on two Roman vases stolen in Walton-on-Thames. Police in Surrey are appealing for help to track down two stolen Roman vases. They were taken during a theft from a home in Walton-on-Thames some time between April 1 and July 13.

Anyone with information should contact the police by calling 101 quoting crime reference number 45220076866 or via onlinesurrey.police.uk, or contact Crimestoppers anonymously on 0800 555 111.

The owner of the vases is offering a reward for information given to the police that leads to the return of the vases.

That was a rather short retirement In what may have been the shortest retirement ever in the antiques sector, she has returned to work after retiring earlier this summer from south London auction house Roseberys, where she was head of its design department for the past four and half years.

She was tempted back to work by Dan Tolson, Bonhams’ international director of Modern decorative art and design, a former colleague from Christie’s and Phillips where they had both worked.

Baker said: “As a result I am now working part-time for Bonhams and will be based at the Knightsbridge office. It’s a small world.”

Baker will work with Gemma Sanders, head of 20th century decorative arts, who returns from maternity leave in September. Their first sale together will be in December.

Design Miami/Paris 2022, which had been planned to open in the French capital for the first time this autumn, has been postponed until 2023 as its venue is no longer available.

According to reports, security concerns have meant a permit is not available for the Place de la Concorde.

Design Miami said it has been “working to secure an alternative venue suitable to the scale of the show, however the timeline has proved too short to proceed this autumn”.

Design Miami’s next event is in Miami Beach this December. Tom Wadman, who has joined Charles Miller as auction assistant.

His role will include working alongside founder Miller cataloguing and organising the administration for forthcoming auctions, including the next sale on November 1. Wadman previously interned at Olympia Auctions, also in west London. 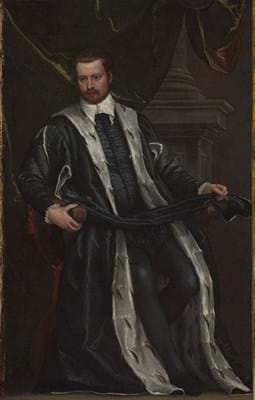 Portrait of a Gentleman… was accepted in lieu of inheritance tax under a hybrid arrangement and settled more than £3.4m in tax. The National Gallery has made good the difference with a donation of £5.7m thanks to funding from the American Friends of the National Gallery, London. The deal was negotiated by Christie’s.

Negotiated by Sotheby’s, Christ Carrying the Cross was accepted in lieu of inheritance tax from the estate of the Countess of Sutherland and settled £52,500 in tax.

The most viewed stories for week July 28-August 3 on antiquestradegazette.com The price of the recently released Lego set Vincent van Gogh – The Starry Night. Created in collaboration with The Museum of Modern Art it apparently ‘reinterprets van Gogh’s unique brushstrokes in bricks’. It comes with a van Gogh minifigure and a hook to hang your finished work on a wall. Any ATG reader who gets that far is welcome to send us a photo of their achievement.