This splendid example of the illustrative work of Edmund Dulac, a watercolour, gouache and ink drawing on paper, is his original artwork for one of the 28 plates he produced for a 1911, Hodder & Stoughton edition of Stories from Hans Andersen. 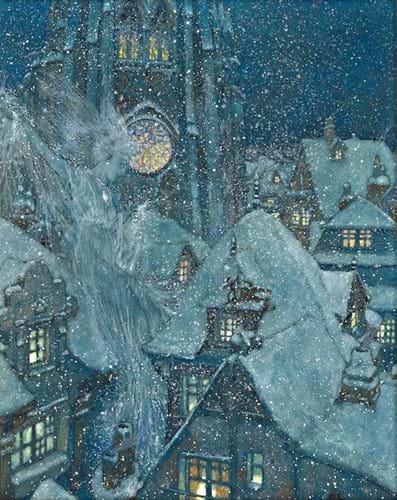 Signed and dated 1910, it was one of those he made for the story of ‘The Snow Queen’.

As the caption to the plate in that book explains: “Many a Winter’s night she flies through the streets and peeps in at the windows and then the ice freezes on the panes into wonderful patterns like flowers.”

Investment that brings a big return