Striking a festive note at £1.5m

The Nativity and Annunciation to the Shepherds scenes illustrated here are part of a superb group of 51 miniatures dating from the last years of the 12th century. 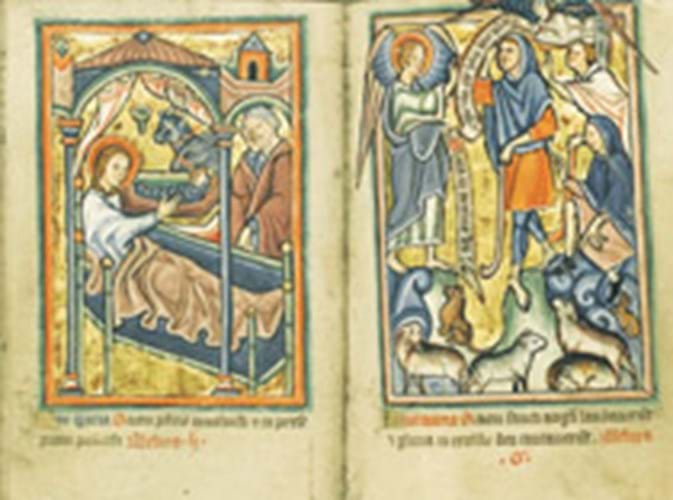 One of more than 51 miniatures from the English illuminated manuscript that sold for £1.5m at Sotheby’s on December 4.

They form part of the finest English illuminated manuscript still in private hands. Forming a Vita Christi, or life of Christ and the Virgin, of c.1190-1200, the sequence was reorganised and supplemented in the late 15th century with a further 57 large or full-page miniatures of that period to produce a rosary and devotional work.

This was done for a Norfolk family and the later miniatures are of East Anglian origin, but the original, late Romanesque miniatures may once have been part of a Psalter, perhaps made in York or elsewhere in northern England.

With more than 50 such glorious miniatures, it must have been a commission of regal opulence.

At Sotheby's on December 4, the separately catalogued and much-publicised Ottheinrich Bible, an illuminated German New Testament of 1430, failed to match a £2m-3m estimate, but the English manuscript provided considerable compensation.

Formerly in the great Dyson Perrins collection, sold in the same rooms in 1959, this time it was acquired for £1.5m by the leading German specialist dealer Dr Jorn Günther.

Captivated by Three Graces at Bonhams

The 17th century court in miniature

Boulton the manufacturer comes out of the shadows at Great Tew

The gift to say thank you for being saved from treason