There was no slowing down in the Contemporary art market as the latest sales in New York posted a record for any auction series. 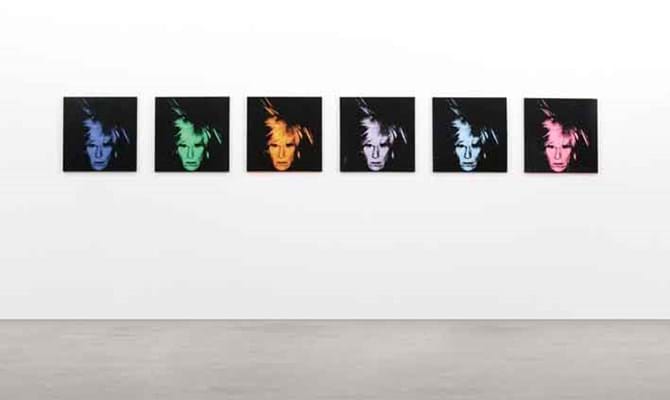 As ATG went to press, $1.57bn (£975m) of art, including premium, had changed hands during the week. This compared to the previous record high of $1.34bn (£874.1m) for the Contemporary art series in November - and there was still one sale to go before the series finally closed.

It now begs the question: how much longer can this boom keep going?

Christie's set a record for any auction with a $745m (£462.7m) premium-inclusive total at their evening sale of Post-War and Contemporary art in the Big Apple on May 13. Added to the sum raised the previous night at their If I Live I'll See You Tuesday auction - a specialist sale aimed at the darker side of Contemporary art - the combined figure came to $880m (£546.6m), with 98% sold by value and 95% by lot.

Christie's reported bidders from 35 countries who together helped set 26 new artist records across the two sales.

Guarantees at the main evening sales were back in force, covering 39 of Christie's 72 lots - 33 of them guaranteed by the auctioneers themselves, the other six by third parties. A symbol in the catalogue denoted Christie's had a direct ownership interest in another lot on offer.

However, the top lot of the sale - and the series - came from a different source and was not guaranteed. This was Barnett Newman's abstract Black Fire I which doubled the previous record for the artist, selling at $75m (£46.6m) hammer and knocked down to an unnamed buyer on the phone.

The result put Newman's work at number nine in the top ten prices ever achieved at auction in sterling terms, pushing out the last remaining Old Master, Rubens' Massacre of the Innocents, which took £45m (then $68.4m) at Sotheby's in London in July 2002.

Also at Christie's, Francis Bacon's Three Studies for a Portrait of John Edwards took $72m (£44.7m) hammer, selling to an Asian private buyer, while works by Mark Rothko and Andy Warhol made $59m and $56m respectively (the latter knocked down to the Gagosian Gallery).

The broad strength of Christie's sale suggested not only that they had agreed to attractive terms with vendors in order to win consignments, but also that they had benefitted from the recent turbulence at rivals Sotheby's, which has seen the departure of Contemporary art department head Tobias Meyer and public criticism of the board by their largest shareholder Daniel Loeb.

Sotheby's evening sale the following night made a total which was less than half of Christie's figure. Here the 79-lot sale had 39 lots guaranteed by the auctioneers and third parties.

The evening sale got off to a strong start, with the 19 works from the collection of former hedge-fund manager Adam Sender all getting away for a total in excess of their combined  $21.1m-29.9m estimate, but elsewhere a number of the lots had trouble pushing beyond their guaranteed levels.

How the wider market viewed the sale's performance can only be guessed at, but the following day Sotheby's share price fell 2.87%.

Selling towards the lower end of a $25m-35m estimate was Gerhard Richter's oil on canvas Blau, which got away at $25.5m (£15.8m) to a telephone buyer, while a stainless steel sculpture of Popeye by Jeff Koons was bought by Steve Wynn at £25m (£15.5m). Offered with an unpublished estimate, it will now go on view Wynn's Las Vegas casino.