John Lennon's 1956 Austin Princess is one of the featured lots at RM Sotheby’s London auction in September. 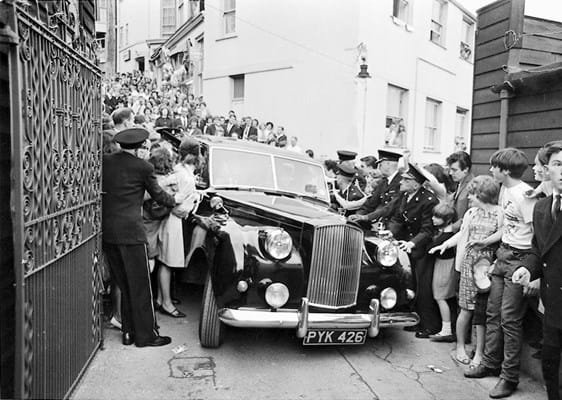 The car features in the former Beatle’s 1972 promotional film Imagine and has been in the collection of the Austin Rock and Roll Car Museum in Texas since 2008.

“Now the Museum wants to offer this rare vehicle with the hope that it will enjoyed by even more fans of Lennon and the Beatles, while at the same time raising funds for deserving charities,” said Milton Verret, collector and former owner of the car who previously donated it to the Austin museum.

The model was a favourite form of transport of The Beatles and this example was one of Lennon’s personal vehicles. It is offered along with the original registration, featuring his signature.

Portions of the proceeds from the auction will go to UNICEF, Make a With America, and Dell Children’s Medical Centre.

“Celebrity provenance doesn’t get stronger than this, and the fact that both cars are accompanied by the original, signed title documents is fantastic,” said Peter Wallman, managing director of RM Europe.