The first episode in the new series of the show on BBC Four reveals the painting, thought to be a copy of a lost work, is actually the original.

Clearing layers of dirt and overpaint from the artwork that has been in National Trust-run Pollok House, conservation work by restorer Simon Gillespie returned the painting to its original state, allowing for a new assessment of the attribution to Rubens.

The portrait shows George Villiers, the first Duke of Buckingham (1592–1628), patron of the arts and a favourite of James I. He is believed to have been the king’s lover who is said to have referred to Buckingham as his husband. Rubens painted the portrait in about 1625.

Ben van Beneden, director of the Rubenshuis and a member of the Rubenianum, the Antwerp centre for Rubens scholarship, confirmed the attribution to Rubens. He said: "The Head Study of the Duke of Buckingham is a rare addition to Rubens's portrait oeuvre showing how he approached the genre."

The investigation, led by Grosvenor with historian and broadcaster Emma Dabiri, included using technical analysis of the panel. Dendrochronology (examining the tree rings of wood to date it) showed that the panel may have been created in the early 1620s, and a number of alterations revealed by cleaning and X-ray analysis, demonstrated that the painting could not be a copy.

Grosvenor said: “The chance to discover a portrait of such a pivotal figure in British history by one of the greatest artists who ever lived has been thrillingly exciting.” 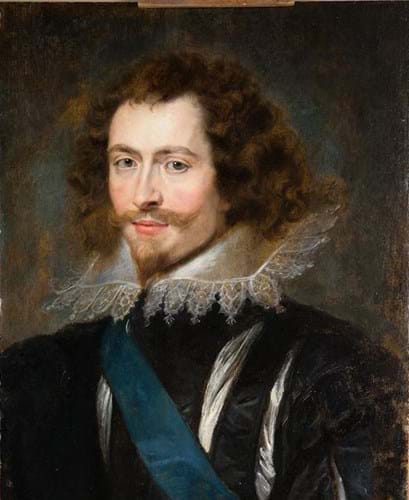 The painting, owned by the Glasgow Museums, will now go back on display at Pollok House, and is only the second portrait by Rubens in a public collection in Scotland.

Grosvenor works with Art UK, previously called the Public Catalogue Foundation. It comprises a database of more than 200,000 oil paintings by 38,000 artists owned by public institutions.

The database, run as a charity, collates artworks from 3000 public collections online to showcase what is owned by the country. It is also collating a similar database for sculptures.

The episode is due to air on BBC Four on September 27 at 9pm.

Rediscovered Rubens painting to be auctioned following divorce by US collectors