A gallery in Colchester is to host a version of an exhibition first staged by commercial gallery Hauser & Wirth last year. The show, now staged at Firstsite, is titled Bronze Age c. 3500BC–AD 2018. It is a satirical take on an exhibition of historical artefacts, mixing together ancient, modern and contemporary pieces. It presents them as elements of a fictional museum show, which runs from March 17-October 28.

By creating unusual combinations, the show focuses out how the significance of an object can be dictated by context.

It was created in collaboration with Mary Beard, recently of BBC’s Civilisations, who voices the audio guide (available on iTunes) for the show.

“I thought the playacting, whimsical nature of the project sounded like a bit of fun and while we’ve approached the presentation as a satire, it’s also a way to reinvigorate how people think about history, archaeology and museum display,” Beard says. 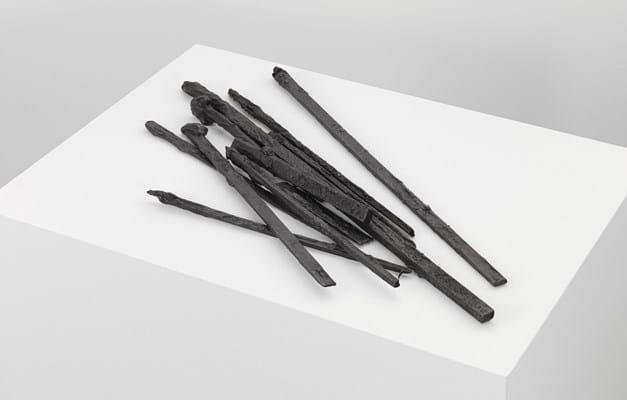 It was first staged at Hauser & Wirth’s stand at Frieze London last year where sales included a Hans Arp sculpture ticketed at $1.1m. The earlier staging of the exhibition Bronze Age at Hauser & Wirth at Frieze London last year.

Firstsite director Sally Shaw says that “while it was initially conceived as a satire on museum exhibitions it has grown into something much more than that, inviting the viewer to approach history and archaeology from a fresh perspective”.