Amendments to the government’s ivory bill, which proposes a near-total ban on the trade in ivory, have not been included following a House of Lords debate. 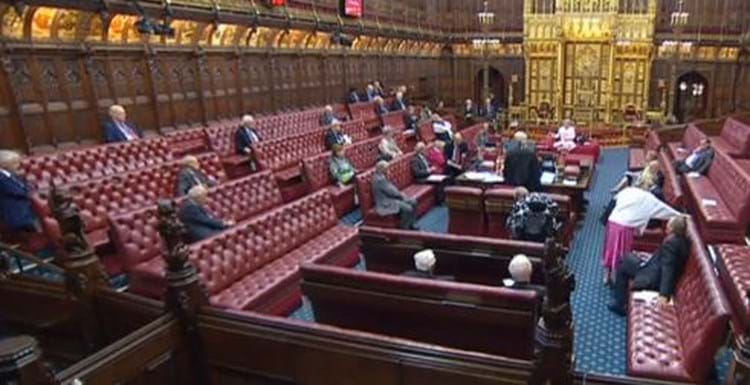 The House of Lords debated the proposed ivory bill at the committee stage on September 10. Image from parliamentlive.tv

A group of members of the upper house had requested changes to the wording of the ivory bill yesterday (September 10) including changing the proposed pre-1918 date to pre-1947, which is the current date that worked ivory can be traded under UK law.

Amendments were proposed by members of the Lords including LAPADA chairman Lord de Mauley and Lord Inglewood, president of the British Art Market Federation (BAMF).

These included a request to change the size of the percentage of the so-called ‘de minimis’ exemption and the meaning of the wording on objects that can be deemed of ‘outstandingly high artistic, cultural or historical value’.

But following debate these amendments were withdrawn.

Lord Gardiner of Kimble, under secretary of state for rural affairs, who introduced the bill, said: “The Government came forward with the current set of exemptions in discussion with the antique and museum sector… I am sorry to disappoint my noble friends, but I am sure they will understand that this is designed as a narrowly drawn exemption. I am not in a position to accept the amendments and I emphasise that a great deal of attention has been paid to what are tightly defined packages of exemptions.” Lord de Mauley, chairman of LAPADA, discussed his requested amendments to the ivory bill in the House of Lords. Image from parliamentlive.tv.

Lord de Mauley said: “I did not hear… [my noble friends] address… the matter of the greatly respected art deco movement, which is all post-1918 and therefore not covered by the 1918 exemption, or the misleading 2016 export figures that are often trotted out.

“I just hope that the government know what they are doing. I shall not press these amendments today; I reserve the right to bring them back on Report [stage].”

Day two of this committee takes place tomorrow (September 12) where further amendments will be discussed.

Following this, the bill will move to the report stage and its third reading in the Lords before Royal Assent to make the bill into an Act of Parliament.

The details of the ivory bill can be found online at parliament.tv and ATG has compiled a comprehensive guide to the UK ivory ban.