A replica of the largest Roman mosaic to be found in Britain could return home to Gloucestershire where it was made. The original Great Orpheus Pavement mosaic, which dates back to 325 AD, was last uncovered at a churchyard in Woodchester in 1973, and a replica of it was completed in the 1980s.

The buyer was an anonymous collector who had planned to install it in a new villa in Italy.

However it has been in storage ever since and now advisor and dealer Joshua Sinai of Sinai and Sons is negotiating with the collector to allow it to be displayed on a loan basis in the Gloucestershire village of Woodchester.

Joshua Sinai said: “Potentially it could go back to the local community to be on display for the public to see. I am advising for it to stay for the local community and the UK. I don't think it would be granted an export licence anyway due to The British Museum valuing it at £1m and calling it a national treasure.” 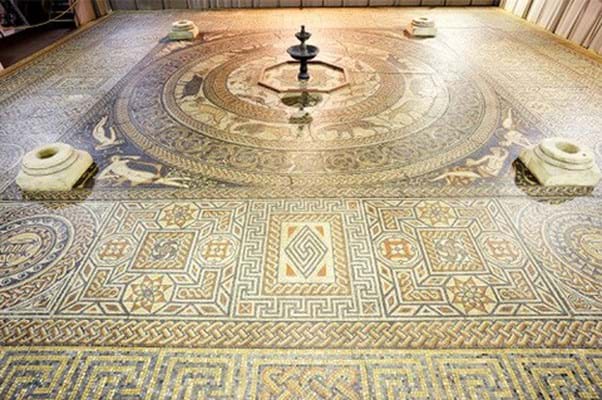 Iain Dunbar from Woodchester parish council told the BBC that negotiations had begun to put the mosaic on display on a loan basis with hopes to eventually buy it.

He said: “We lost the pavement once, this may be our last chance of getting it back. We're really determined to make the most of this opportunity.”

The 4th century Great Orpheus Pavement, which depicts Orpheus charming all forms of life with his lyre, is the largest known Roman mosaic north of the Alps and is buried beneath the churchyard in Woodchester. It was first discovered in 1693 and has been uncovered periodically since then. In 1973 around 140,000 people came to see it over a seven-week period.

The Woodward brothers created the mosaic following concerns in Woodchester that the original could suffer damage.