Sotheby’s has announced that the second tranche of works from the Najd collection of Orientalist paintings will now be offered in an online sale next month. 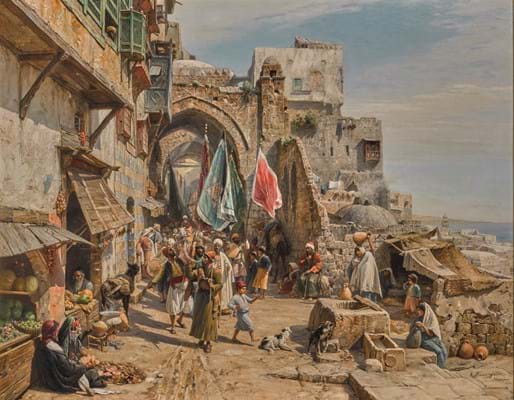 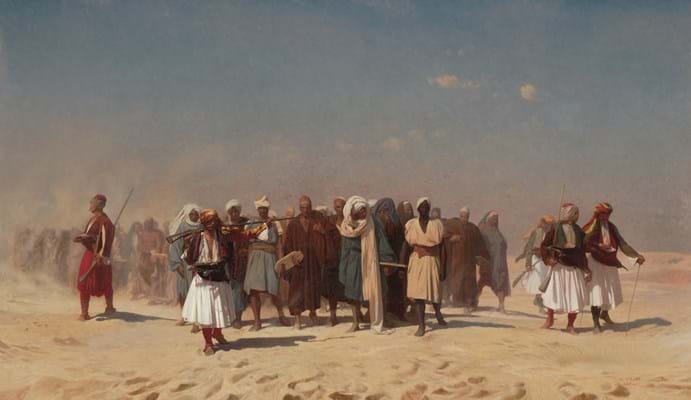 The first tranche of 40 works raised £33.5m including premium at Sotheby’s London in October last year, making it the most lucrative single-owner sale of Orientalist art ever held. Nine individual artist’s records were set.

A further 36 lots were then due be offered in a stand-alone sale on March 31 with a combined estimate of £6.15m-9.16m, but the sale was postponed due to the lockdown in the UK to minimise the spread of the coronavirus.

The announcement of the online sale comes after Sotheby’s latest Orientalist auction – which ran as an online timed sale that closed on April 7 – included a work that achieved the highest price for any object sold at a UK auction during the lockdown so far. A Visit: A Harem Interior by Henriette Browne sold for £650,000 and also set a record for an Orientalist painting by a female artist.

The Najd collection ‘part II’ auction features works by Jean-Léon Gérôme, Gustav Bauernfeind and Ludwig Deutsch and will be open for bidding from June 8-11.

The collection itself was formed in the early to mid-1980s, reportedly by Saudi billionaire Nasser Al-Rashid who engaged the help of Brian MacDermot, the founder of London dealership The Mathaf Gallery, to assemble the works. It eventually comprised over 150 views of north African, Ottoman and Middle Eastern subjects by mainly 19th century western artists.

The upcoming sale includes Procession in Jaffa, an oil on canvas from 1890 by German painter Bauernfeind (1848-1904). It depicts a group of dervishes and Sufis leading a religious procession, possibly pilgrims embarking on the annual Hajj to Mecca.

At the same time as announcing the Najd collection sale, Sotheby’s also said that it was rescheduling its Arts of the Islamic World & India sale in London to June 10. The sale was originally due to take place on April 1.

It will offer over 300 lots which include Mughal and Ottoman textiles from the collection of H. Peter Stern, co-founder of New York’s Storm King Art Center.

Separately consigned, a rare 13th-century pottery Persian pitcher from the famed ‘Gurgan Hoard’ will also feature in the sale. 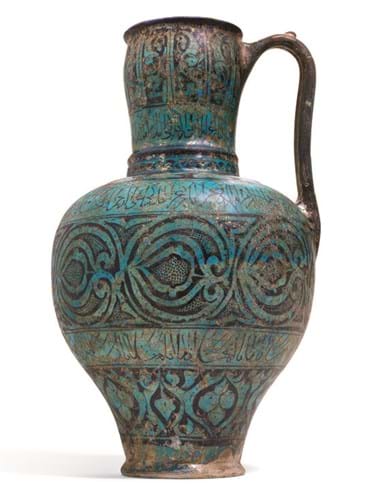 The hoard refers to a group of vessels, possibly belonging to a merchant who had imported them from Kashan, that had been buried in large pottery oil-jars in Gurgan in modern-day Iran, possibly for safekeeping from Mongol invasions.

Having previously been exhibited at the Smithsonian Institute in Washington D.C. (1966-68), as well as the King Faisal Center for Research and Islamic Studies in Riyadh, Saudi Arabia (1985), it will now go on public view for the first time since then.