The launch of a new sale of Retro Video Games at Ewbank’s is among a round-up of recruitment and expansion news for auction houses. 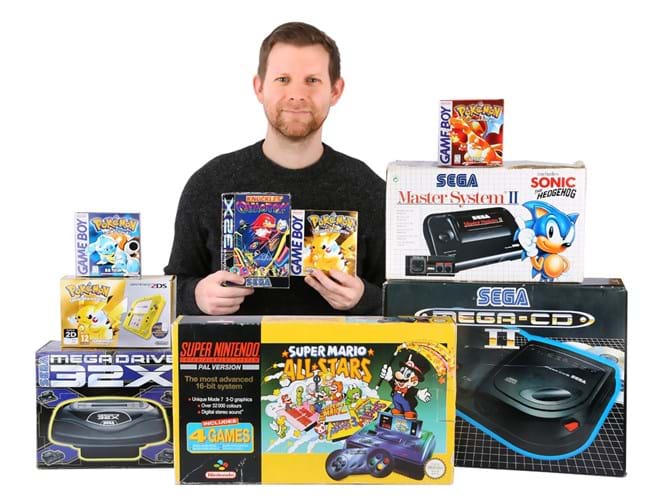 The first will take place on November 18. Specialist Roy Raftery is running the sale. Raftery started consulting with Ewbank’s in summer last year and joined as a staff member this autumn.

He is a specialist in collectables including comics, video games and trading cards.

The sale includes nearly 40 years’ of gaming history with the Commodore Amiga 500 the oldest system to be offered.

Raftery said: “We have boxed and fully tested consoles such as the iconic Nintendo 64 and Sega Dreamcast, collections and individual games across many platforms, Japanese imports such as the WonderSwan and even a Panasonic-Q, one of the most coveted gaming systems on the market.”

Ewbank’s said its Sports & Entertainment Memorabilia department took over as its leading specialist department in 2019 with over £1.25m in annual auction sales. Auction house Chorley’s has changed hands, with director Thomas Jenner-Fust buying the business with friend and former colleague Werner Freundel. Read all about the plans for Chorley’s here. Lazarus Halstead has joined Bonhams as head of its Asian art department in Knightsbridge. Having worked in the field for more than 10 years, he joins from Chiswick Auctions where he introduced themed sales and auctions of Chinese paintings, building them over an eight-year period.

Rachel Hyman, department director, Asian art Knightsbridge, said: “Bonhams Asian art department’s consistently strong results depend on our network of highly qualified personnel across the globe. In welcoming Lazarus I am confident that he will bring an additional and important dimension to our team.” Chiswick has appointed Tiago Cordeiro-Soares as head of Asian Art, replacing Lazarus Halstead. He joins from Sotheby’s where he worked for seven years in both the valuations and the Chinese works of art department. Olympia Auctions has appointed Justin Roberts to expand its jewellery team, joining existing specialists Anabel Yorke and Henrietta Grant. He has spent more than 25 years as a senior jewellery specialist and historian, writing and lecturing on the subject of antique jewellery from the 18th to the early 20th century. He has worked for many auction houses, including Sotheby’s, where he was a senior specialist and associate director. Tung joins from Contemporary art gallery David Zwirner, where she was director in Hong Kong. Previously she was with Phillips and prior to that she was at Christie’s. Fong joins Phillips from Simon Lee Gallery in Hong Kong, where she was most recently a senior director.

Jonathan Crockett, chairman of Asia at Phillips, said: “Asia’s role in the global art market has reached new heights in the past few years. These appointments come as Phillips is moving into its new Asian headquarters in Hong Kong’s West Kowloon Cultural District next spring.”