With estimates from £150-8000, here are five previews of items coming up at auction. The Cotswold Auction Company is offering a Pilkingtons Lancastrian St George and the Dragon charger (above) in Cheltenham on August 9.

This blue-ground lustre piece was designed by Walter Crane and painted by William Slater Mycock with date mark XI 1911.

To the base of the (48.5cm) diameter charger the marks include WSM in monogram, the P and bee mark and no 2477. The front border bears the shield mark of Sir Walter Crane, one of the most influential book illustrators of the 19th century, who was also a founder member of the Arts & Crafts Exhibition Society.

It was found in a property by two brothers, whose mother had died recently. The family hailed from the Potteries and it is believed that the piece was given to an aunt as a wedding present. As a family heirloom it had hung in its latest home for at least 60 years. 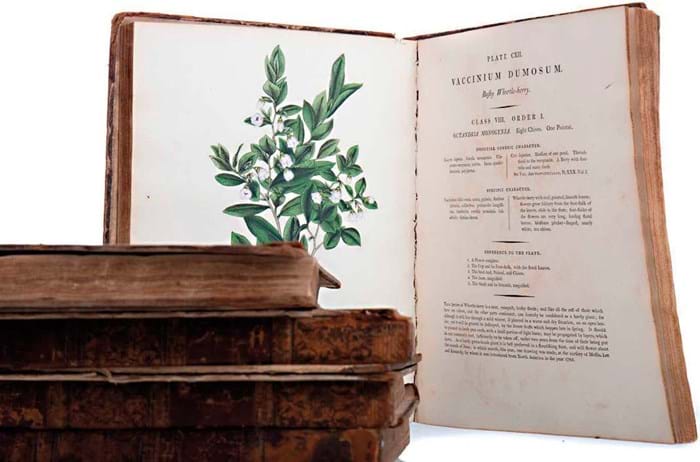 An extensive private Scottish Highlands gentleman’s library of natural history with a particular focus on botany spanning 18th to early 20th century, including some of the most notable works published during that period, is coming up at McTear’s in Glasgow on August 10. Special Auction Services is holding an auction in Newbury on August 9-10 that will feature the first part of a single-owner collection of Winston Churchill memorabilia.

Comprising approximately 3000 items dating from the 1940s onwards, the collection includes ceramics, glass, silverware, metalware, artwork and other collectable items and spans Churchill’s life and career up until his death in 1965. Among the lots is a Royal Doulton bone china limited edition figurine, estimated at £150-200 and pictured here.

The collection was assembled by the late Keith Routledge, a carpenter from Enfield, who was so fascinated by the wartime Prime Minister that he turned his loft into a museum.

Routledge purchased his first piece of memorabilia in the 1990s and bought items from auction houses, fairs, and antique shops in the UK and Europe until he passed away in 2019.

A second part of the Keith Routledge collection will be offered at Special Auction Services in November. The growing use of iron in the construction of ships affected the accuracy of the compass.

In response, the Scottish mathematician and physicist Sir William Thomson (1824- 1907) developed the binnacle to overcome this problem. He incorporated corrector magnets and iron spheres to counteract the effects of the ship’s iron and improved gimbals to keep the compass level.

This Victorian example in working condition comes for sale at Railtons in Wooler, Northumberland, on August 13 from a house in Cumbria.