Police plea for return of stolen medals from Colchester museum

Essex Police and Hollytrees Museum in Colchester are hoping to recover five 19th century medals stolen in a burglary earlier this month. Medals were stolen from the Hollytrees Museum in Colchester. Image credit: Jarry1250 via Wikimedia Commons.

During the incident on the evening of March 1, a man gained access to the museum and a display cabinet was forced open and the five medals were taken.

The five medals had been awarded to local engineering firm Davey Paxman & Co in the late 19th century. Darius Laws, Colchester Borough Council portfolio holder for Economy, Business & Heritage, said: “I would also appeal to the person who has taken the medals, or now has the medals, to now arrange for their safe return either to the museum or to the castle. More than any financial loss, this is a loss to Colchester’s heritage and it is that loss which can never be replaced." 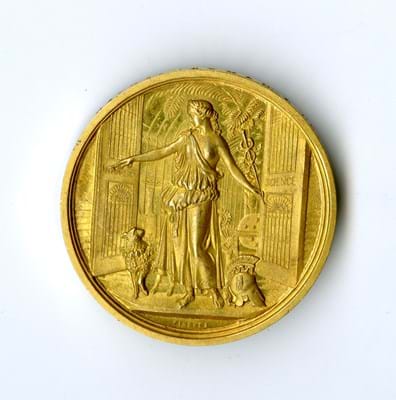 The police have asked anyone with information about the incident to get in touch with Essex police by calling 101 quoting crime reference number 42/53042/22 or contact Crimestoppers anonymously on 0800 555 111.

To view CCTV images of the man who broke in, visit the Essex police website.