Soapbox: Did the changes made to this year’s BADA fair make a difference?

Two opposing views on the big questions facing the trade…

Q Did the changes made to this year’s BADA fair make a difference? Two exhibitors give their views 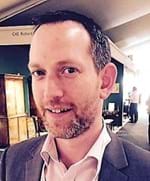 “The money’s definitely been well spent. We had a very good opening, partly because they restricted visitor numbers so that everyone brought their best clients.

They served proper champagne and people notice things like that when they’re about to spend money.

BADA has attracted some slightly better dealers this year. The fair was traditionally about furniture and now there’s much more variety.

The venue décor has been improved. They’ve made the entrance like a mini- TEFAF, so it creates a point of interest when you come in.

The internal aesthetics, with seating around floral designs, have created a point of interest for people on social media.

We had a really good start, a bit of a dip in the middle (as always with these fairs) and a bit of action at the end. We’ll be back again next year, the 24th time round for us.” “The fair is going in the right direction.

There shouldn’t be many people who are interested in antiques who didn’t know about this fair, given the extra amount of marketing they’ve done.

The outside of the pavilion, with the ad campaign draped across the front, still needs work. The fair’s fascia has to work as we may be on the King’s Road, but we’re not right on the street itself.

I’ve told BADA this location works for exhibitors if it delivers two types of people: art and antiques lovers who might not know the fair is on and see the pavilion and think, I must go in, or people who don’t have a huge amount of interest but think, that looks like a great place to go.

I’m not sure we’ve got to that point and overall, I believe it’s too early to tell whether the revamp has worked. The issue is that fair organisers only have one shot per year, so the whole trial-anderror cycle is quite long. Talk to me in a year’s time.”

A few pence short of a pound

Soapbox: Brexit – how will no-deal affect the trade

Soapbox: Does promoting the age of your auction house enhance its brand?

Soapbox: Should the best auction lot always be saved until last?

Soapbox: Is the idea of an ‘art and antiques town’ still viable in today’s market?

Soapbox: Are gentlemen’s agreements still valid in the art world?