ATG’s selection of appointments in the art and antiques industry. The Haslemere auction house ran a London office from Sydney Street’s Bourbon Hanby Arcade in Chelsea until a few years ago.

Following the planned closure of Christie’s South Kensington, the firm has decided to reopen, with Price as senior valuer. He says: “There is a gap in the market being left by CSK. Its closure was a shock to the trade but there are people needing a valuation service in London and there is work around.”

A valuer for more than 20 years, he has also been a consultant for a number of large auctioneers. 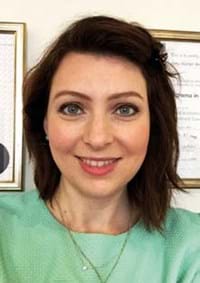 Amy Brenan, who has taken over Heirlooms, an antique jewellery business in Dorset.

Amy Brenan, who was head of jewellery and a specialist at Duke’s Auctioneers of Dorchester for 10 years, has taken over an antique jewellery business in Dorset.

Heirlooms in South Street, Wareham, was first established in 1986 by husband and wife team Michael and Gabrielle Young.

They have now decided to retire and, having known Brenan for many years, handed the reins to her. Olli Halford who has been appointed saleroom manager of Chorley’s.

Gloucestershire saleroom Chorley’s has appointed Olli Halford to the role of saleroom manager.

Having previously worked at Bonhams, Olli is an experienced auctioneer. He has a particular interest in sports memorabilia, sporting guns and militaria. David Wachtel, who has become senior consultant for rare books at the Kestenbaum.

David Wachtel has become senior consultant for rare books at the Kestenbaum auction house in New York after 15 years with Sotheby’s.

He will be working alongside Kestenbaum’s longstanding chief scholar, Rabbi Eliezer Katzman, in researching and preparing auction catalogues of fine Judaica. Katherine Kerr, who has been appointed as director of client programmes and valuations manager for 20th century and contemporary art at Phillips.

Phillips has appointed Katherine Kerr as director of its top client programme and valuations manager for 20th century and contemporary art.

She worked for Sotheby’s from 2004-16, most recently as assistant vice president for business development for contemporary art. Brent Lewis, who has joined Heritage Auctions as director of design at the Beverly Hills office.

Heritage Auctions has hired Brent Lewis, an art and design specialist based in Los Angeles, as director of design at the Beverly Hills office.

He has spent over 15 years in the auction business. Before joining Heritage, he was the director of Wright auction house’s New York gallery, and was formerly a vice president and auctioneer at Christie’s NY. Previously he was the gallery director of Moss in NY and held roles at Freeman’s auction house in Philadelphia and Bonhams in LA.