A selection of stand-out results achieved at auctions in the UK and abroad. 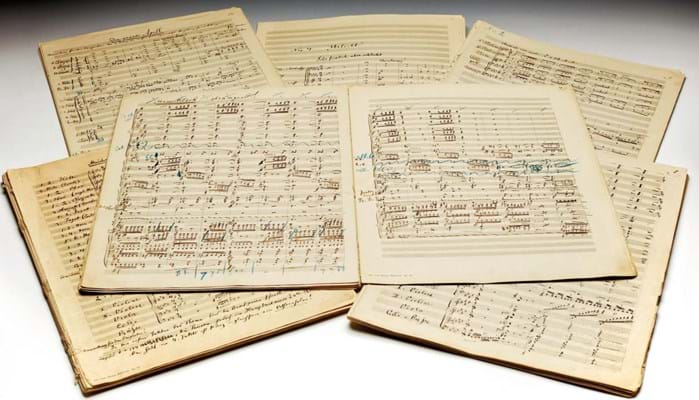 A striking image titled Critical Position of HMS Investigator on the North Coast of Baring Island is among the best known plates from Samuel Gurney Cresswell’s A Series of Eight Sketches... of the HMS Investigator, Capt. M’Clure, during the Discovery of the North West Passage.

Published in large atlas folio form in 1854, the map and eight plates depict events in the progress of a West-East expedition from the Bering Strait to the Davis Strait in 1850-53. The wreck of the Investigator, abandoned by McClure and his men after it was crushed by ice, was located by Canadian archaeologists in 2010.

This copy, rated by Castlecomer, Ireland, auctioneer Fonsie Mealy as extremely fine, edged past the high estimate to sell at €24,000 (£20,160) on December 13.

Tall and thin, as befits the subject matter, the very rare work shown above is a 1760, third, enlarged edition of The Plate-Glass Book...

In Toovey’s book sale in West Sussex on October 4 this copy, in a bumped, scuffed, rubbed and now splitting, but nonetheless original calf binding, was bid to £380.

The work of an un-named ‘Glass-House Clerk’, it offers in extensive tabular form the values of finished looking glasses, together with the cost of grinding, polishing, silvering and cutting, and much more besides. A ‘Complete Appraiser’ section also offers instructions on the valuation of kitchen and household furniture. The work was first issued in 1757.

A signed and inscribed 1960 first of Harper Lee’s To Kill a Mockingbird reached $22,500 (£17,855) at PBA Galleries in San Francisco on October 6. The jacket had a few faults – a little rubbing, staining, a small tape repair and so on – but it was unrestored and there was the all-important inscription, To Adam Khan, with best wishes, Harper Lee.

What made it extra special, however, was an accompanying typed letter in which Harper Lee replied to Ali Khan, the man who had sent the book to her and asked that she inscribe it for his son. At the bottom of the letter, she has written in ink: In view of the fact that you did not send return postage, I am returning this package 1st class instead of express mail. H.L.

Thomas Wright (1711-86), a teacher of navigation and a land surveyor, had from a young age tried to find an explanation of what he saw in the night skies that would accommodate both his religious beliefs and scientific understanding.

His ideas were crystallised in his 1750 work An original theory or new hypothesis of the universe, founded upon the laws of nature, and solving by mathematical principles the general phaenomena of the visible creation; and particularly the Via Lactea.

A total of 32 engraved plates, among them several fine mezzotints, illustrate the work including the image of the Milky Way pictured above. It is taken from a copy in a contemporary binding of mottled calf gilt that doubled the previous best for the work at auction when it sold for £15,000 at Forum Auctions in London on September 22.

This pre-publication proof copy of the very first issue of the Eagle was offered by Comic Book Auctions on June 12.

It was run off at Sun Printers in Watford to check registration and colour balance before the main production run was initiated by Eric Bemrose in Liverpool, where a new Rotogravure print-line had been specially installed. Worn and untrimmed, it shows roller marks and cost notes to the margins of the front page, but it sold well at £620.

Chuffed with a record

Published in 1945, The Three Railway Engines was the very first of the much-loved railway books of the Rev Wilbert Awdry. A Dominic Winter sale of July 20-21 offered a remarkably fine copy.

The cream cloth covers were a little bowed and the jacket, showing Edward, Gordon and Henry, slightly rubbed and dusty, but it was generally in excellent condition and sold at a treble-estimate and record £1600.

Another 25 books, all set on the island of Sodor, followed before Awdry’s son Christopher, for whom the stories had originally been created, took over and added another 16 – the last being published in 2011.

A rare anamorphic map celebrating the 1856 Treaty of Paris that formally ended the Crimean War was sold for £4000 by Dominic Winter in South Cerney, near Cirencester, on January 25.

The work of Tom Onwhyn and published by Rock Brothers & Payne, the map’s most striking figure is the Russian Bear, seen lifting its bloody paw off the Crimean peninsula.

Italy is depicted as a mad dog in convulsions, being strangled by a collar labelled ‘popery’, Poland is depicted as a gravestone with ‘Defunct nationality’ engraved upon it and Austria is a double-headed ass.

This 19 x 24in (48 x 62cm) map was still in its soiled and frayed pictorial wrappers, and has a description key to the verso of a now detached upper cover.

Illustrated with 36 hand-coloured plates by and after George Catton, Animals drawn from Nature and Engraved in Aquatint was printed in 1788. It is considered the earliest use of aquatint for a work on natural history.

In a first edition copy sold for a record £7500 at Lyon & Turnbull in Edinburgh on August 31, the plates are mounted on blanks and framed within ink and wash borders with the captions added in ink. It carries the armorial bookplate of Prince Henry, Duke of Gloucester.

Catton was taught by his father (Charles Catton the Younger, a coach painter to George III) and admitted to the RA Schools in 1775. He worked as a landscape artist and as a book illustrator before emigrating to North America in 1804 where he settled at a farm on the River Hudson.

A single sheet of gilt embossed and coloured paper produced c.1760 in Augsburg by Johann Carl Munck sold for £720 at Roseberys in south London on September 6 as part of the Hans and Tanya Schmoller collection.

Printing brocade paper involved thick metal plates or rollers to press patterns of golf leaf into sheets of paper. Only few complete and undamaged sheets have survived, with this example showing the name of the maker in the frame, and the place of manufacture and a serial number.

Hans Schmoller (1916-85) was a typographer at Penguin from 1949 and went on to become head of production and director. Among his major achievements were the Buildings of England series and the Pelican History of Art.

Noah Brooks’ Our Base Ball Club and How it won the Championship was published by EP Dutton in 1884. The copy offered in New York was a good one in only faintly soiled and edge rubbed pictorial cloth. Illustrated with 10 full-page wood engraved plates, it also features an introduction by Albert Spalding, a successful pitcher with the Chicago White Stockings who later became president of the club and co-founder of the Spalding sporting goods company.

The original pencil sketches from the 1931 EH Shepard-illustrated edition of The Wind in the Willows appear on the market only occasionally. A diminutive example showing Mole and Ratty in nightwear was included in Sworders’ Books & Maps sale in Stansted Mountfitchet on September 27. It is thought to relate to the passage: ‘A terribly sleepy Mole had to be escorted upstairs by his considerate host, to the best bedroom, where he soon laid his head on his pillow in great peace and contentment.’

Edmund Thomas Coleman, one of the original members of the Alpine Club, climbed Mont Blanc twice. He gives an account of one of those ascents in the text of the slim folio Scenes from the Snow-Fields: Illustrations of the Upper Ice World from Sketches made on the Spot. However, it is the 12 chomolitho plates after the author’s own paintings that make this 1859 work so desirable.

The copy offered as part of a single-owner collection of travel books at Swann Auction Galleries, New York, on October 18 showed foxing to the text leaves and some dampstaining along the fore-edges of the plates but only three other copies have come to auction in the last 20 or so years. This one made a record $13,000 (£10,570).

Snowy on the moon

On a marché sur la Lune, or as it became known in English, Explorers on the Moon, was the 15th of Hergé’s Tintin books to be published. The artwork shown above was first seen on April 1, 1953, during the tale’s serialisation in the journal Tintin, and appeared the following year in the 1954 bookform edition.

Tintin, his dog Milou (Snowy in the English language editions), Captain Haddock and, in one image, Professor Tournesol (Professor Calculus), experience the ups and downs of the moon’s very different gravitational effect.

Sold for $40,000 (£32,520) in a Leslie Hindman sale in Chicago on November 2 was a copy of a well-known Dickensian rarity: a three-decker, first bookform edition of Great Expectations in the original violet and gilt cloth bindings.

Most examples of this 1861 edition, limited to just 1000 copies, went to circulating libraries and the inevitable consequences of frequent, sometimes rough handling has meant that well preserved copies are now hard to find.

The Hindman example was a fifth impression copy from that first edition run.

Two extraordinarily fine and exceptionally rare early engravings of the moon sold for £100,000 at Christie’s on December 1. The pair of ‘Lunar Planispheres’ showing the moon in a flat light, and a hypothetical oblique light, was produced in 1805-06 by John Russell.

As a painter Russell is best known for his portrait work. The astronomer William Herschel, whom he painted holding a stellar chart following his discovery of Venus, was the friend who supplied the powerful telescope that he needed for his observations.

Dated March 28, 1942, just three months before Anne and her family went into hiding in the ‘Achterhuis’, the lines are written and signed on a leaf from a poezie album, or friendship book, and are addressed to a schoolfriend, Christiane, nicknamed Cri-Cri, who died in 2006.

A record for any musical manuscript was set at Sotheby’s  Bond Street on November 29 when the complete score for Gustav Mahler’s Symphony No 2, ‘Resurrection’, sold for £3.9m. Running to 232 pages and written in the composer’s distinctive hand throughout, the manuscript reveals Mahler’s compositional process through a series of deletions, alterations and annotations, many in blue crayon.

It came to auction from the estate of the American economist and businessman, Gilbert Kaplan (1941-2016), who had become infatuated with the symphony after hearing it performed at New York’s Carnegie Hall in 1965.

He later realised his dream of conducting the piece with the world’s greatest orchestras, recording it with both the London Symphony Orchestra and the Vienna Philharmonic.