BOOKS AND WORKS ON PAPER: A botanical collection grown over decades

A botanical collection formed over several decades by DF Allen of Washington DC and sold on October 26 by Sotheby’s New York (25/20/12.5% buyer’s premium) was small in numbers but focused on the exceptional. 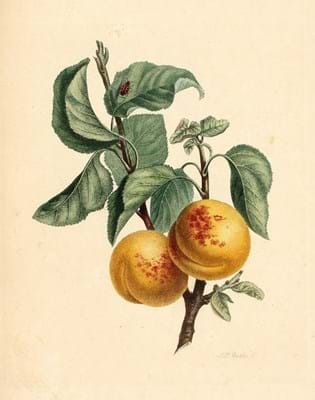 Of the 67 lots offered, 17 failed to sell and among them were four lots carrying six-figure estimates, which meant that even the low-estimate total for unsold works amounted to $820,000. Some others fell short of estimate, but there were successes too and the 50 sold lots raised $1.83m (£1.38m) in all.

The odd record was also broken, as was the case with the earliest item in the essentially chronological selection that follows, a Dodart …Histoire des Plantes of 1676 (see illustration above for details). In the 1997 sale it had been part of a library formed by a collector who had been a major buyer at the De Belder sale and was only later identified as American financier and philanthropist Ladislaus von Hofmann (1927-2014). Hofmann’s magnificent ‘Arcana’ collection of illuminated manuscripts was also sold by Christie’s, in 2010-11.

The reputation of this work, no other copy of which has sold at auction in three decades, is founded on beautiful engraved plates by the brothers Franz and Ferdinand Bauer.

Sold at $110,000 (£83,335) last month was Charles L’Heritier de Brutelle’s Stirpes novae… of 1784-91, the first botanical work to feature engraved illustrations after Redouté. It was a very rare example of a deluxe issue in which the broadsheet plates were coloured in Redouté’s studio and under his supervision.

The complete work should have run to 10 parts, but the French Revolution, during which L’Heritier lost his fortune, home and celebrated gardens, brought an early end to its publication run.

The rare Allen copy, containing 103 plates in all, 99 of them colour printed and hand finished, was last seen at auction in 2001, when as part of a Massachusetts Horticultural Society sale held in New York by Christie’s, it sold at $26,000 (£16,270).

Sold at $90,000 (£68,180) was a tall and uncut, seven-volume set of the 1800-19 edition of H-L Duhamel de Monceau’s Traité des arbres et arbustes… cultive en France… While it shares that title with a 1755 monograph and is sometimes styled a second or new edition, it was essentially independent of that earlier work, both in text and illustration.

The later version contains 1498, mostly stipple-engraved plates after Redouté and Bessa that are printed in colours and hand finished. Two years ago Sotheby’s sold another set at £90,000. A fine example of a famous English work, Robert Thornton’s Temple of Flora… was bound in contemporary diced russia gilt from the original parts of 1798-1807 and comprised first or early issues of most of the 29 colour-printed and hand-finished aquatint, mezzotint, stipple-engraved and etched botanical plates. It sold for $70,000 (£53,030).

James Bateman’s Orchidaceae of Mexico & Guatemala of 1837-43 was the largest and heaviest orchid book ever printed.

One of just 125 copies, the Allen example showed some light spotting to a dozen of the 40 coloured litho plates that Gauci produced from drawings made for the most part by Mrs Augusta Withers and Miss SA Drake.