Roland Arkell and Noelle McElhatton on what the new ivory law could mean for art and antiques. 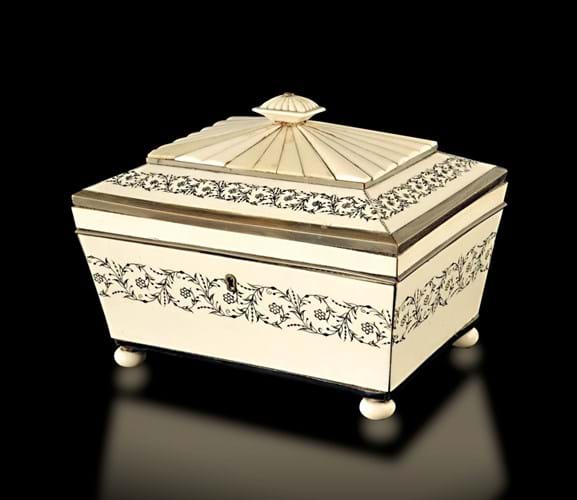 An idea that began life with Conservative government manifesto pledges in 2010 and 2015 for a total ban on the UK trade in ivory finally took shape last week.

The Department for Environment, Food & Rural Affairs (Defra) announced that it intends to introduce legislation that will prohibit the trade in ivory of any age in the UK, with narrow exemptions, after a public consultation in late 2017.

The ban will build upon, rather than replace, current CITES rules.

Readers have asked ATG to explain the implications of the ban at this early stage in the process, which we do here with help from Defra, antiques trade bodies and experts.

What does the ban involve from an antiques point of view and is the ‘1947’ date still relevant?

The government intends to exempt only a narrow range of items containing ivory from the sales ban.

Also exempted are musical instruments with an ivory content of less than 20% which were made prior to 1975 (when Asian elephants were listed under CITES).

When will the law come into effect?

Not immediately. Defra is not committing to a timescale, except to say that it will happen “as soon as parliamentary time allows”.

While conservationists may wish to have the law in place to time with a major event in October, the London 2018 Illegal Wildlife Trade Conference, antiques trade bodies believe this timing is unlikely given the government’s busy legislative agenda.

Should I stop selling ivory now?

Until the law is passed, it is still legal to sell ivory objects – or those that contain ivory – that were ‘worked’ before March 1947.

When the law is enacted, what can be sold under the 10% de minimis exemption?

This rule will effectively prohibit the sale of many objects and is being questioned by the trade. It allows the sale of a Georgian mahogany chest of drawers with ivory escutcheons and might permit the ivory inlays on a Victorian workbox that are equivalent in volume to the veneers of the portrait miniatures that have escaped the axe.

But what about silver and ivory cutlery? The de minimis is so low that almost every object with a solid ivory handle will surely fall foul.

Georgian and Victorian silver cutlery with ivory handles could not be sold. Instead, to cash in on the value of their silver content, a seller would have to remove the handle and sell the item as scrap.

What does Defra mean by ‘rarest and most important items of their type’?

Quite what this description means in practical terms remains to be seen. It will doubtless be subject to much interpretation.

The government’s response to Defra’s consultation refers to “items made of, or containing, ivory, which are assessed as of outstandingly high artistic, cultural or historical value”.

It adds that decisions will be made by “a limited number of institutions, such as selected museums” using guidance drawing on “existing criteria used by government to assess works of art for pre-eminence and national significance”.

There are countless ivory antiques that are carved and worked in ingenious ways but only a small percentage would be deemed ‘rare’ or ‘important’ – they are simply enormously tactile and beautifully fashioned objects made by different cultures in a different era.

Some Japanese okimonos and netsukes, Cantonese boxes, German figures and tankards, Dieppe carvings and African ethnographica would fall into the ‘good but not quite good enough’ category.

Dealers and collectors who own large numbers of these items – and there are many – may no longer be able to monetise them in the UK: as yet there is no mention of whether it will be permissible to send antique ivory overseas for sale.

What impact will the 100-years-old requirement have?

This is likely to extinguish the UK market for the large number of predominately ivory objects fashioned in the 1920s and ’30s. Some bronze and ivory figures, icons of the Art Deco movement, may qualify under the 10% de mimimis rule but many won’t.

Unlike in other countries, such as the US where a rolling 100-year definition of ‘antique’ is used, this is not being proposed here. The ‘rarest and most important’ exemption description in the consultation policy statement ends with the following paragraph: “Items exempted under this category must have been produced at least 100 years prior to this sales ban coming into force.” So, if the ban came into force on, say, March 1, 2019, then the exemption would be restricted to items made before March 1, 1919.

What will I have to do to sell under the exemptions?

Anyone wishing to sell an item under the de minimis, musical instrument or portrait miniature exemptions will be required to register their items via an online system managed by the Animal and Plant Health Agency (APHA). A fee will be charged.

To qualify for the ‘rarest and most important item of its type’ exemption, sellers will again have to register items and pay a fee. The APHA will seek advice from an institution in the relevant field to decide whether the item meets this exemption before issuing a permit for sale to the owner. Sales to an accredited museum will be conducted in a similar fashion.

How will Defra police registration?

Spot checks will be carried out by enforcement and compliance officers. If an item is being sold commercially, regulators or the police may check to confirm that an item is registered and compliant and take action if it is not.

A regulatory body will work with the antiques sector and others to ensure that they are able to comply with the new regulations.

What will the penalty be for breaking the law?

Criminal sanctions for failing to adhere to the ban will be consistent with existing offences concerning ivory under the Control of Trade in Endangered Species (COTES) Regulations. Violators will face up to five years in jail or an unlimited fine.

What chance the ban can be amended before it becomes law?

Before a bill is submitted for Royal Assent, a draft must be debated in both the Commons and the Lords, during which changes can occur. The government has indicated it will consult the trade on how the exemptions will work in practice. Trade bodies, auctioneers and dealers have told ATG they are aiming in particular to raise the 10% de minimis threshold.