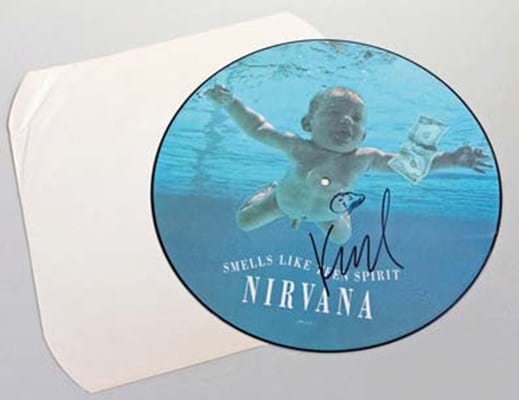 He is launching a popular music memorabilia auction, with the first one at the saleroom’s Stowmarket base coming on March 10.

Miller says: “We are planning two sales a year which will feature musical instruments and records.

“We already have a number of interesting items which include a very early Nirvana record, a signed Nirvana record and a Beatles signed ticket.

“The auction will also feature toys, which include three 12-back Star Wars figures, more than 60 posters from railway to movies and a collection of advertising enamel signs.

“We’re pleased to be working with Michael Summers who will be our music consultant. He is highly experienced and passionate and has been within the music sphere for many years, with his band Buffalo Road being the catalyst for his love of music.”

The number of auctions at Bishop & Miller increased from six to 24 per year from 2015-17 and last year, the business expanded into its neighbouring unit. Thirteen specialist sales are currently held.

Miller adds: “The list of specialist auctions is set to increase too as we grow our team and expertise.”