‘A good way of getting it out there’: quartet of dealers take auction route in early 2019

Four well-known dealerships have teamed up with auction houses for major sales of stock in the early months of the year. Paul Reeves will offer more than 400 lots at the The Designer’s Eye sale at Lyon & Turnbull in Edinburgh on February 14.

Paul Reeves, Peter Petrou, and The Fine Art Society have all chosen to hold branded single-owner sales, while Richard Feigen has consigned over $10m worth of Old Masters to auction.

Branded sales of dealer stock, once conducted in strict anonymity, have been commonplace in the 21st century – a reflection of both the dwindling supply of fresh material and the powerful marketing reach of the major auction houses.

First up is Tales of the Unexpected on January 30, where Peter and Leonora Petrou will offer 150 eclectic lots at Christie’s. Established in London for more than 40 years, the dealership offers works of art, sculpture and design from a wide variety of cultures and periods.

Petrou said: “We have some fantastic clients, including museums and younger buyers building collections, which make up at least half our business. For us it’s better to redirect our efforts towards our existing clients rather than our shows which we have held at least once a year.” 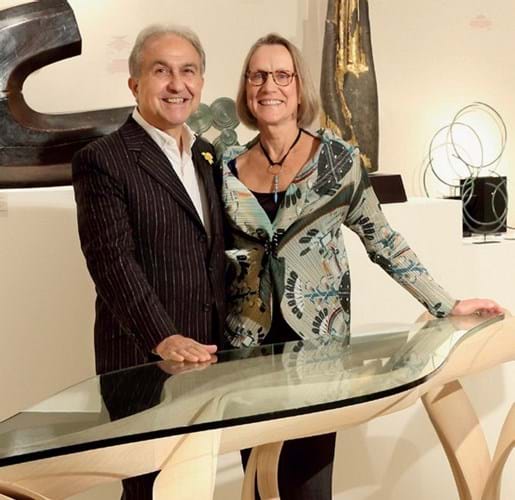 Peter and Leonora Petrou will conduct a stock sale at Christie’s on January 30.

In Edinburgh on February 14, Lyon & Turnbull will host The Designer’s Eye, featuring a selection of pieces from the stock of Cotswolds-based decorative arts specialist Paul Reeves.

It follows the success of a themed sale held by Reeves and L&T in February 2017 titled Textiles as Art. Reeves said the tie-up is a “good way to market items. I have a very large stock and this is a good way of getting it out there. I like a project and this gives me a chance to put things together.”

The Fine Art Society will also sell a selection of its stock comprising more than 300 lots at Sotheby’s in February.

FAS, the first gallery to set up in Mayfair, left its Bond Street premises in August and relocated to temporary ‘appointment-only’ premises in Chelsea.

Meanwhile, in the US, Christie’s will sell a group of works on May 2 from veteran New York art dealer Richard L Feigen, valued at over $10m.

Feigen, a well-known picture dealer, opened his first gallery in Chicago in 1957. “I am a collector in dealer’s clothes,” he said.