How the art and antiques trade is preparing for Brexit

As we approach a crunch vote on Prime Minister Theresa May’s Brexit deal, a no-deal result is still a possibility – so too the prospect of an extension to the Article 50 process beyond the March 29 deadline. As the selection of comments and advice from across the trade suggests, the art and antiques sector, like businesses up and down the country, is preparing for every eventuality. 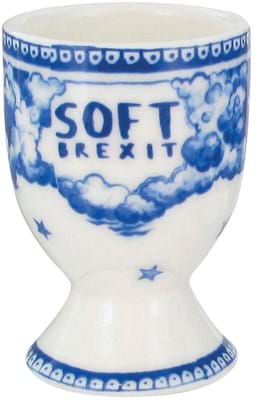 Sotheby’s managing director, Europe and Middle East, Jan Prasens said the auction firm had established a Brexit Group focused on the various scenarios. He added that ahead of Brexit, sales in London have remained strong and the weaker pound presents significant opportunities for sellers – it is extremely attractive to foreign buyers and thus has the potential to drive significant competition from bidders across the world.

However, Prasens said: “At the moment, the UK enjoys the lowest rate of import VAT in Europe (5%).

“If the UK leaves the EU customs union, imports from the EU will become subject to the same rules as imports from outside the EU.

“Currently, though, the majority of consignments (70% by value) to Sotheby’s London saleroom come from either within the UK or outside Europe. The consignors [from abroad] are clearly undeterred by the UK’s 5% import VAT rate and if the UK leaves the EU customs union, the government could determine an even lower rate of import VAT.”

On the topic of regulation change post-Brexit, Prasens said: “Final decisions have yet to be made, but obviously the relevant bodies are lobbying hard for the most advantageous agreements which could ultimately stand us in good stead.

“We intend to work with the British Art Market Federation (BAMF) and other relevant government bodies to ensure London remains as important an art market centre as it always has been.” Chairman of the British Art Market Federation (BAMF), Anthony Browne said: “In terms of cross-border trade the British art market has around 20% of trade with the European Union and around 80% with non-EU countries.

“BAMF has been focused on the practicalities of cross-border trade after Brexit for the past two years. There is a huge amount of alarmist reporting. It is important to stand back and look realistically. If you look at the practical problems they can be overcome.

“A focus is customs clearance and the speed of cross-border trade. Dealers should use experienced carriers and professional agents. The established shippers have got detailed preparations. The idea of hand carrying into the EU if there is no-deal is clearly far more complex. The shippers are prepared to do much of the formalities in warehouses to minimise the administration at the actual borders.

“But this will not be completed for 18 months to two years, so if there is a no-deal Brexit we will discuss how to manage this.

“There is, of course, the likelihood of delays but these problems can be overcome.” Chairman of Antiquities Dealers Association (ADA), Joanna van der Lande is concerned that a potential three-month delay in Brexit until June 29 would impact the art market at a time when “the calendar is full with both auctions and fairs”.

However, whenever Brexit happens the UK’s associations must continue working with European associations to ensure “our voice is heard”.

Van der Lande added: “We will still be impacted by EU regulation even after we leave as we trade with Europe. It is critical as a trade that we remain in very close contact with all the associations as we will not have an MEP fighting our cause in Brussels. To maintain our voice and lobbying power we must retain the close and deep relationships we have established.” Director general at the Society of London Art Dealers (SLAD), Christopher Battiscombe said: “If there is a no-deal Brexit the best single piece of advice seems to be to allow more time for export and import consignments, particularly if there is a need to obtain an export licence, given the risk of congestion in the ports.

“While I share in the widespread concern about how Brexit will turn out and the potential for short-term delays and disruption if there is no deal, my feeling is that in the longer term the UK art trade will survive Brexit better than many other sectors.

“Many measures introduced by the EU have been far from helpful to the art trade and I do not see any other European city supplanting London as the centre of the international art market. In this respect it has been interesting to note the large number of European dealers establishing branches in London since the EU referendum.” Chief executive of LAPADA, Freya Simms said: “We are trying to make sense of what lies ahead for our members and the wider UK art and antiques market. We have consulted with our specialist service providers in tax, customs and shipping to give guidance and direction to members – particularly in a no-deal scenario.

“The major shippers have provisioned for bonded warehouses where stock can clear customs as well as be temporarily housed without import duties. Our bigger concern, however, is how smaller, independent dealers will be able to adapt and continue to run profitably in the face of increased paperwork, cash flow considerations and access to their stock.

“For these dealers, which make up a large percentage of our membership, the reality of Brexit could place a disproportionate administrative and financial burden in the first instance.

“At present we are exploring options which may allow us as a trade association to provide an umbrella solution for our members, and in particular to help smaller dealers navigate the new processes more efficiently. In the meantime we will continue to lobby government with our art industry partners to provide relaxed regulation and tax relief.” Christie’s UK chairman, Orlando Rock told ATG last month that its London spring sales programme is the “strongest it has ever had” despite concerns of a no-deal Brexit.

“The art market is a global market so there are always opportunities for buyers and sellers,” he said. “Currency fluctuations mean that if one person is facing uncertainty it is another person’s gain.”

Rock added: “We are in the eye of the storm and we will react when we have clarity. But it will not fundamentally change our business either way.” Operations director at specialist shipper Gander & White, Victor Khureya said: “Dealers will need to be more forward thinking. Occasionally a Gander & White vehicle turns up to collect from an exhibitor and they’re still deciding whether certain pieces are going or not!

“Dealers won’t have the luxury of such last-minute decisions any more. If the UK leaves the customs union, we have to assume customs clearances and ‘T forms’ or transit documents will be required to take stock into the EU post-Brexit.

“To complete customs clearances and prepare documents, shippers will need full descriptions, number of packages, gross/net weights, values and currencies. Dealers will have to make sure their paperwork is compliant and sent to the shippers in advance before export.” Secretary general of The British Antique Dealers’ Association (BADA), Mark Dodgson gave a number of points of advice across exports and VAT. He said: “The main comment is, if unsure, obtain the advice of a specialist shipper or carrier and do it now – do not wait until March 29.”

Dealers will need to ensure that the correct customs classification codes and procedure codes are used.

Those expecting to move goods between the UK and EU should make sure they have an EORI number.

Discuss with a shipper the need for a VAT deferment account, to cover the VAT to be paid on the import of goods from the EU. If you hold goods on which UK margin scheme VAT has already been paid by a European buyer then consider whether those goods should be shipped before March 29. Avoid Dover as the port of import or export of goods.

BADA recommends considering the use of a specialist shipper or carrier for all shipments in the early days of Brexit. Pom Harrington of dealership Peter Harrington and chairman of the ABA’s 'London’s Rare Book Fair: Firsts' (June 7-9), said: “My understanding is that in a no-deal Brexit, you won’t be able to drive across the border without documents.

“But don’t forget that a high-end rare book fair dealer already has to have lists of what they’re taking in advance. What am I telling Firsts exhibitors? That life will go on: we will continue to import and export books post-Brexit.

“Books carry no VAT and that will continue. There’s no appetite to change that. My personal best guess is that Brexit will be postponed and the most likely scenario is for nine months so that everyone has time to prepare for it.” Danish Horvdah of Hungarian Antiques, pictured second from left is an IACF Ardingly stall holder. He said: “We can’t plan for Brexit as nobody knows what’s going to happen. We’re looking at what happens with sterling’s exchange rate, any tariffs and the time spent at customs. We drive over early on the morning of day one of Ardingly and can’t be held up at customs.”

CITES-listed natural history specimens will no longer be able to pass through Dover or the Eurotunnel in the event of a no-deal Brexit, the government has warned. In a no-deal scenario, CITES-protected animals and plants would need a permit to be transported between the UK and the EU and would only be able to travel through designated ports.

DEFRA has issued updated guidance on how to apply for a CITES permit and published a list of ports that can be used in the event of no deal.