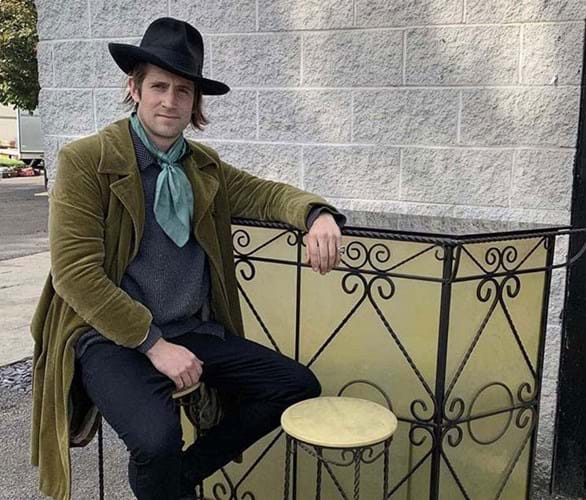 An enthusiastic regular who has traded for years at Kempton Park antiques market is Benjamin Dobson, who sources props for interiors, films and fashion campaigns.

A bumper period for film and television production in the UK is also proving to be a bonus for antiques dealers.

Edward Cruttenden of Sunbury Antiques, the organiser of the antiques markets at two outer London racecourses: Kempton Park in Sunbury-on-Thames and Sandown Park in Esher, has certainly recognised this welcome trend.

“We’ve noticed such a big increase in film production companies buying at Kempton and Sandown that we’ve created a separate loading area specifically for them,” he said. “This may have something to do with Netflix investing in nearby Shepperton Studios, so that’s all very exciting.” One of the ATG’s many fans is this antique and vintage carpets dealer known as Charleys, pictured reading the ‘bible’ of the trade at one of Sunbury Antiques’ recent antiques markets at Sandown Park Racecourse.

Next year is a significant milestone for Sunbury Antiques.

It will be the 30th anniversary of the market’s launch in 1980 at Kempton Park by Edward’s late mother, the redoubtable Sue Cruttenden, who with £100 she had borrowed from her mother hired the banqueting suite at the racecourse and filled it with 30 stands.

Thirty stands at Kempton Park have now become 850, with 250-300 stallholders at the Sandown Park market launched in 2018.

Edward is gearing up for the big push at his three remaining Tuesday markets this year at Kempton Park and one at Sandown Park.

“We have had a very busy summer at both our markets – the twice-monthly Kempton and the Tuesday and Sunday formats at Sandown,”he said.

“The support and vibe we get around both markets gives us all a buzz. Let’s not mention the B-word but we still attract overseas trade, most noticeably from Asia which is very positive, with significant domestic buyers both from the general public and the trade. We’re looking forward to a bumper 2020.”