ATG’s selection of auction lots bought by internet bidders on thesaleroom.com from the period October 30-November 6, 2019. This includes both the highest prices over estimate and the top prices paid online. 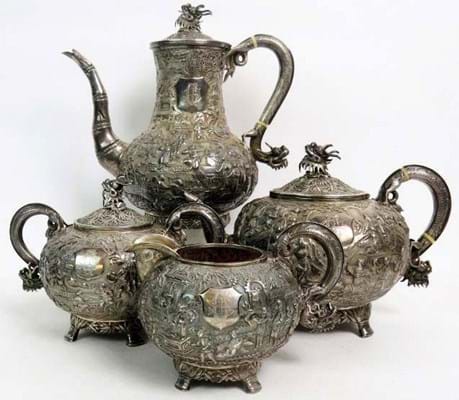 Rare pressing of God Save The Queen by The Sex Pistols (A&M AMS 7284) as given to a small number of longstanding A&M employees when their London office closed in 1998. Probably late 16th or early 17th century grotesque dish in the manner of Virgiliotto Calamelli of Faenza, 8in (20cm) across, chips and cracks.

Source: Bid Barometer is a snapshot of sales on thesaleroom.com for October 30-November 6, 2019.

Pick of the Week: Rediscovered Nelson portrait surfaces at sale