Joan Dunk (1930-2019) was a Portobello Road market stalwart. Her stall, for decades an outside pitch on the corner of Westbourne Grove, was affectionately known as IDA – the trade name of an early 20th century German kitchen equipment manufacturer which she adapted to mean ‘Interesting Domestic Appliances’. She died last year, aged 89, shortly after packing up her stall, while ordering her traditional Saturday night fish supper.

The contents of her small London home, sold by Special Auction Services (20% buyer’s premium) in Newbury on June 9-10, formed a shrine to more than half a century of dealing and collecting.

Daniel Agnew was the specialist in charge of the auction. “Walking into Joan’s tiny kitchen took your breath away. You couldn’t see anything that you would see in a typical kitchen today.

“Instead there were all sorts of graters and grinding devices, intricately carved bread knives hung from the door and shelves filled with chocolate and jelly moulds and miniature smoothing irons.” Kitchenalia was just one of several collecting passions. Dunk’s first serious ‘collection within the collection’ began in 1965 as an early adopter of old teddy bears. 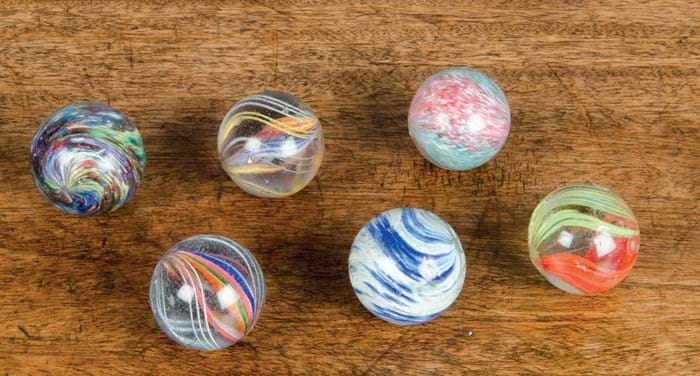 Her second husband Peter Dunk, a dealer in tinplate trains, had also added to considerable holdings of antique toys.

The shelves and display cabinets of her living room groaned with tinplate and a myriad of lead ‘civilians’ from early 19th century ‘flats’ to Felix the Cat.

Dunk was no fan of the digital world – or, indeed, auctioneers. However, she had previously worked with both Agnew and colleague Hugo Marsh (elements of the collection had been sold by SAS in the past decade) and her estate at least had online bidding technology to thank for the success of this event. Held in lockdown, the two-day auction was a ‘white glove’ sale realising just shy of £160,000 or double the pre-sale low estimate. Pictured in this article is a varied selection of some of the best-performing lots – quite a few of them sold for surprisingly high sums.