This pastel by the Barbizon school artist Jean-François Millet (1814-75) is one of the highlights in the Esprit du XIXème Siècle auction at Osenat in Fontainebleau on July 19. 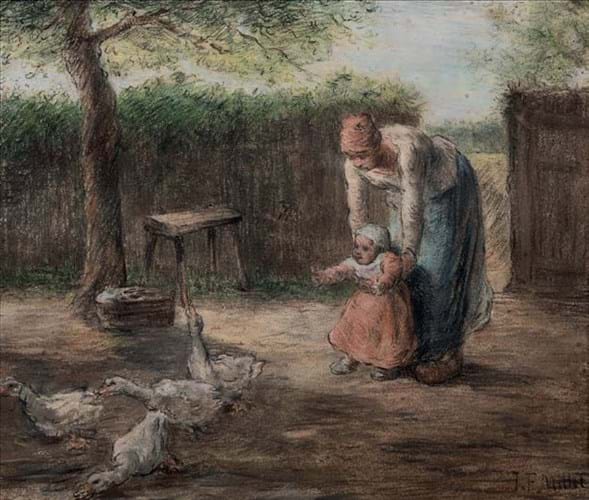 Titled Les Premiers Pas, the 15¾ x 18½in (40 x 47cm) work on paper, which is signed lower right, shows a rural scene of a mother helping her small child to take its first steps walking towards a group of geese.

The family in its daily life was an important theme for the artist and another version of this work, (one that was copied by Vincent van Gogh) is now in the Lauren Rogers Museum of Art in Laurel, Mississippi. That version, also titled Les Premiers Pas, omits the geese but shows the child walking towards her father crouching nearby across a vegetable patch.