Usually the centrepiece of the London art market in October, Frieze has had to rethink the format of its two mammoth fairs. Following in the footsteps of its New York staging in May, Frieze London (the purely contemporary event) and Frieze Masters (which offers Modern and historic works too), will both run as online ‘viewing rooms’.

More than 200 international galleries are set to participate, offering works from October 9-16 (with an ‘invitation only’ preview on October 7-8).

London dealers Tristan Hoare & Lyndsey Ingram had planned to stage a collaborative exhibition at Frieze Masters featuring US artist Ellsworth Kelly (1923-2015) alongside a selection of the Korean moon jars of the type he admired by contemporary ceramicist Kim Yikyung.

With the fair now online, their offering has widened to include a selection of 20th century works by various artists and objects dating from the third millennium BC to the present. Pictured together above are a selection of Kelly’s prints, available from Ingram from £16,500-100,000, and Kim Yikyung’s jars which Hoare offers for £12,000-30,000. 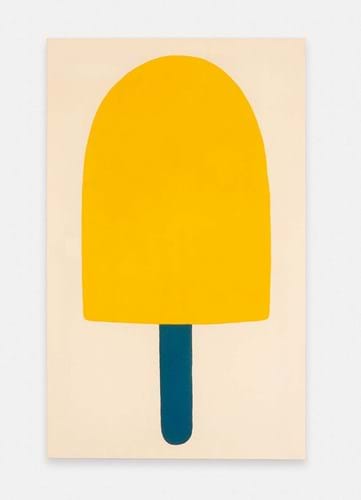 Italian gallery P420 offers Adelaide Cioni’s Go easy on me, one yellow with blue stick, executed in wool stitched onto canvas (left). Measuring 4ft 3in x 2ft 7in (1.29m x 79cm), it is offered for €6200 + VAT. The gallery was founded in Bologna in 2010 and focuses on conceptual and minimal art from the 1960s to the present. A work from Josef Albers’ ‘Homage to the Square’ series, offered for $1.6m by Schacky Art. Image: Josef and Anni Albers Foundation and SCHACKY Schacky-art.com.

German-born artist Josef Albers (1888-1976) created hundreds of paintings and prints in the series Homage to the Square, which he began in 1949. These compositions were usually painted on masonite with oils applied by palette knife. A typical example is offered by Schacky Art at Frieze Masters. The 1959 work, 3ft 4in x 3ft 4in (1.02 x 1.02m), is initialled and dated to the lower right and offered for $1.6m. Frieze Masters exhibitor Colnaghi offers John Robinson’s Ante-Garden 1514 (2019) for £15,000 + VAT. Robinson is a Contemporary painter and performance artist whose self-portraits often make use of masks and art historical references. In this oil painting, a cut out reproduction of Hieronymus Bosch’s Garden of Earthly Delights is laid over the face. Alongside its virtual Frieze Masters stand, Colnaghi runs the exhibition Dreamsongs: From Medicine to Demons to Artificial Intelligence, which includes Robinson’s work, from October 6-November 27.

Frieze is also offering a programme of events surrounding the online commercial offerings. These include:

■ Live, a showcase for sound and performance art taking place for the first time at 9 Cork Street.

■ The Frieze BBC Radio 3 Debate, a moderated discussion on the theme of museums in the 21st century (October 8, 10pm).