One of my oldest and dearest friends, Peter Kay, died at St Mary’s Hospital in London. 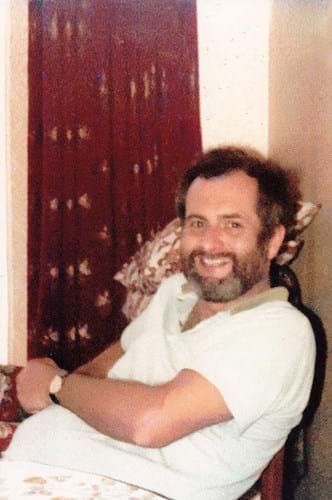 A couple of weeks ago both Peter and his wife of 34 years Gaysorn (known as Jit) contracted the dreaded Covid-19 virus – Jit died 11 days ago at the same hospital.

Our thoughts and prayers go out to Peter’s daughter Emma, and her children Nico and Raphael, Peter’s son Nick and his wife Cheryl and children Steven and Michael, and also to Jit’s son Darwin.

Peter started his career in the world of books at Sotheran’s around 1956, having done his national service in the RAF.

He joined the firm of E Joseph in 1958 – that was when as an 11-year-old I first met him when visiting my grandfather Jack and great-uncle Sam at 48a Charing Cross Road.

Peter was a member of the Bibliomites (the association for bookseller’s assistants) and became their president in 1965.

Peter was a regular player at the annual Bibliomites v Governors (owners) cricket match which was held annually at the lovely little ‘hamlet’ of Elstead in Surrey.

In later years he co-umpired the match with his great friend Michael Holman.

After Harry died Peter was now the shop manager – and his knowledge of ‘the out-of-print’ book was unsurpassed. He was one of the greatest bookseller’s ‘assistants’ that ever graced our trade. He was also a great teacher – explaining why a book was in demand, for which I will be eternally grateful.

Peter and I worked for Jack and Sam – from the late sixties to 1977 we were both ‘on the road’ attending several country auctions every week… that is where we both really ‘cut our teeth’.

Clive Moss joined the firm around 1977 and it was that year I made my first buying trip to the USA. No 48a was now a well-run ship with Peter and Clive at the helm while I was able to concentrate on the 13 Great Newport Street ‘Rare Book Room’.

In 1982 we made the move to a 2000 sq ft third-floor showroom and offices on the corner of Vere Street and Oxford Street, W1. We were then joined by Pamela Douglas of Quaritch (complete with their entire stock of fine press books etc) and in 1986 by Richard Sawyer (1945?-2012). I remember so well Peter holding lunchtime ‘daily court’ in the Vere Street kitchen where he and Clive would be joined by his mates Michael Holman and David Loman.

In 1993 my family and I moved to California after a long court battle (another story) and Peter was in charge of the ‘new’ E Joseph until the court ruling of 1993 was overturned in 1995. At that time Peter was for the first time in over 35 years out of a job… but only for about a week.

Heritage Bookshop in LA, of which I was the vice president, took him on as our UK representative handling all the auctions and our UK clients. Peter semi-retired in 2004 and I left Heritage to start my own business – still using Peter to handle all our UK business.

Peter was the older brother that I never had – one of the kindest and most generous men I have ever known.

A few years later Peter met his second wife, Jit, and in 1987 they were married and Peter moved from his house in Kenton to Jit’s house in Queen’s Park.

The cremation will take place at the West London Crematorium, Harrow Road, London W10 4RA on Friday, February 26, at 12noon.

Emma has requested that, in accordance with Peter’s wishes, any donations be sent to The Royal Air Force Museum in north London (tel: 020 8205 2266 or see development@rafmuseum.org).

ATG letter: An artist’s royalty payment is nothing like a musician’s