A 1787 New York-style Brasher doubloon, perhaps the most celebrated issue in US numismatics, has set a new auction record for a gold coin. 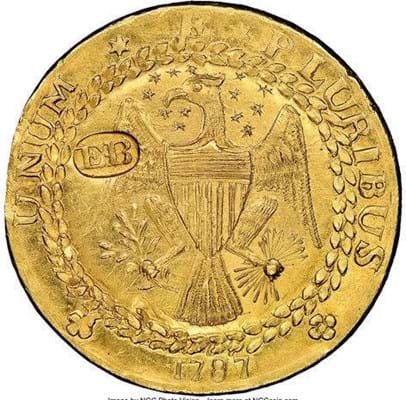 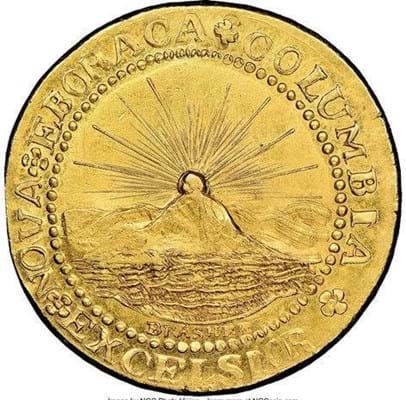 The finest of seven examples known, it was hammered down for $7.8m ($9.36m including premium) at an auction of US coins held by Heritage Auctions in Dallas on January 21. The successful phone bidder was competing through the firm’s president Greg Rohan.

The $15 coin, the first gold issue struck in US dollars, was privately minted by Ephraim Brasher (1744-1828), a New York silversmith whose clients included near neighbour George Washington. Working some five years before the federal mint opened in Philadelphia, Brasher chose as his subject matter the sun rays on a mountain range (from the New York State coat of arms) and the heraldic eagle, 13 stars and motto E Pluribus Unum that make up the Great Seal of the United States. The punch EB appears prominently, typically on the eagle’s wing.

Heritage has now offered four of the five known doubloons out side of institutional collections – last selling one in 2014 for $4m.

As detailed in a 7000-word catalogue description, the record-breaking coin is known as the Stickney-Ellsworth- Garrett-Partrick specimen after a series of illustrious owners.

Since its purchase for $16 in 1848 by pioneer Massachusetts numismatist Matthew Stickney (1848-94), it has appeared at auction just twice before: in the Stickney collection sale in 1907 when it sold to Col James W El lsworth at $6200 (a landmark that stood for 22 years) and again in the John Work Garrett sale in 1979 when it took $725,000, a record not surpassed for a decade. It had been owned for four decades by Donald Groves Partrick (1979-2020) whose heirs consigned it for sale.

However, other US issues have been offered privately for more. Another Brasher doubloon, one with a unique EB punch mark to the eagle’s breast, sold for $7.4m in 2011, is currently on the market priced at $15m.