A round-up of art and antiques news from the previous seven days, including news of a Bonhams auction of items from dealers Lorfords in Tetbury. Antiques centre Lorfords in Tetbury has teamed up with Bonhams to hold an online auction of dealers’ stock. The sale runs online until June 18 and the items will be on view at Lorfords’ showroom.

The collection includes over 180 pieces selected by owner and founder Toby Lorford.

He said: “It has been such a pleasure to have the opportunity to source some of my favourite pieces from the collection for the Lorfords X Bonhams sale.”

Bonhams has worked with a number of dealers to offer their stock at auction during the pandemic when shops and fairs have been closed.

In February, items from dealers of The Decorative Antiques & Textiles Fair held a 350-lot online auction with Bonhams. Art Business Consulting (ABC) is a management consultancy focusing on art businesses and artists. The firm plans to operate across New York, Philadelphia, London and Geneva. Hindman has appointed Caroline Mujica-Parodi as director of museum services in Chicago.

She joins after working as managing director of private client services for the Haven Art Group, a collection advisory subsidiary of Pure Insurance.

Prior to Haven, she was a registrar at the Museum of Contemporary Art Chicago. Nicky Houston has joined Dawsons as an auctioneer and valuer. She specialises in paintings and jewellery and was previously an adviser to private clients. The Business Luncheon by Lancelot Ribeiro has been bought by The Kiran Nadar Museum of Art.

The Tate acquisition includes the oil Cityscape (Night), 1963, the oil and PVA The Warlord (Psychedelic Man Series), 1966, as well as four works on paper from 1964.

The two large oil paintings bought by KNMA are The Offering, 1966, and The Business Luncheon, 1966, (pictured).

Grosvenor Gallery represents the estate of the artist and is holding a dedicated show running until June 27. Freeman’s has appointed Tracey Kahle to the newly created role of regional representative in Kansas City. Kahle previously worked for luxury jewellery retailers as a senior gemologist and appraiser. 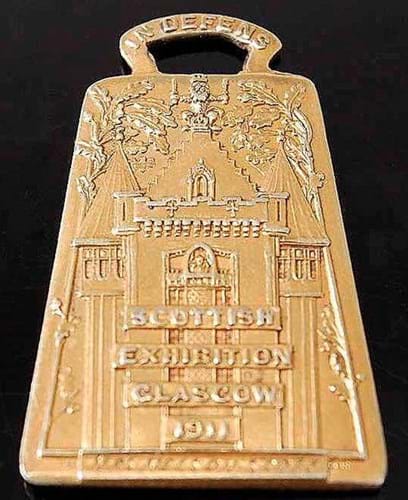 A 15ct gold medal awarded to Mrs Nelson-Scott, maker at Elkington & Co, London, at The Scottish Exhibition of Natural History, Art and Industry, Glasgow 1911. It is estimated at £100-150 at Lacy Scott & Knight.

Murrin joined the British World Exhibitions Study Group in 1987, nine years after it was formed by a small group of collectors of exhibition memorabilia.

Murrin’s medals range from the 1801 French Napoleonic Exposition Progress of the Arts to the most recent,the 1992 Universal Exposition of Seville.

The most viewed stories for week May 26-June 2 on antiquestradegazette.com

The number of shares online dealer marketplace 1st Dibs intends to sell in a forthcoming flotation on New York’s NASDAQ exchange, which is expected to value the company at about $800m. The firm made a net loss of $12.5m in 2020.