News in Brief – including BADA's election of council members

A round-up of art and antiques news from the previous seven days, including the British Antique Dealers’ Association's election of council members Tomasso also takes over as the regional representative for the North and Scotland after Louise Phillips of Elaine Phillips Antiques assumed the role of chairman.

Meanwhile, BADA has also announced a collaboration with logistics specialist Ossad Art Management to help its members with customs queries relating to Brexit and HMRC compliance.

For one hour per week, Tova Ossad will be available live on a Zoom video conference chat to answer questions regarding customs practices specific to BADA members. In addition, a separate email address will be available where businesses can send their customs questions throughout the week.

Bishop & Miller has recruited three new people to its team in Stowmarket, Suffolk, during recent lockdowns. John Coffey joined as head of timed auctions. He previously worked at Clarke & Simpson. Bishop & Miller also appointed Charlotte Kerridge as marketing and PR manager and Zoe Clarke joined as a reception and administration co-ordinator. It is also looking for a picture specialist and a shipping specialist.

Oliver Miller, managing director of Bishop & Miller, said: “We are very excited to be able to add this new wing for timed online auctions to our business, which we feel will be a perfect accompaniment to our traditional auctions.”

Online sale hub eBay has changed payments and fees. Now sellers will get paid directly to their bank account, not PayPal accounts, regardless of how the buyer chooses to pay.

This means payments will take longer than before – within two business days of payment confirmation – and eBay will now take a higher fee of 12.8% and a fixed 30p per transaction fee, which overall is less than when PayPal also took a cut.

Customers will also have more options to pay. As well as the existing options of PayPal, credit or debit card, it will now accept Apple Pay and Google Pay. The changes are being rolled out this year.

A new auction house, Augustus Online Auctions, has been launched and its first sale will take place on March 2. Based in Hemel Hempstead, Hertfordshire, the firm is run by antique lighting specialist and restorer Mike Sparks and businessman Ray Wilson.

The launch has been planned for some time and the inaugural auction will offer around 200 lots, primarily pictures. It will be run live by an auctioneer and held at the premises of Excalibur Auctions in nearby Kings Langley.

A schedule of six sales is planned for 2021. 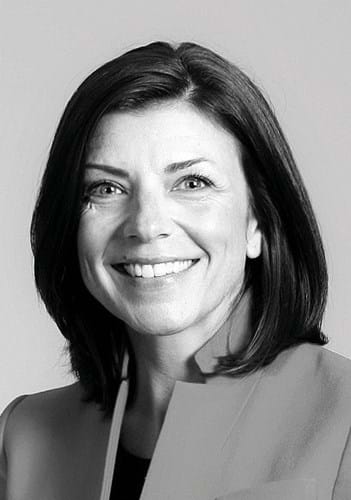 She previously worked in a number of fields and most recently at a law firm. Iacobelli will establish Hindman’s first office in Michigan. With the opening of this location, Hindman now has 13 offices nationwide. Vilinsky previously spent five years at Bonhams and six years with her own consultancy group and is a specialist in the field of Tiffany and Mid-century Modern 20th century design.

Philip Serrell has published his third memoir. The latest update is called What Am I Bid? which details his life after the events described in his previous memoirs, An Auctioneer’s Lot and Sold to the Man with the Tin Leg, to bring his story up to date.

Serrell, who gave up teaching to become a professional auctioneer, tweeted his appreciation for the new book’s front cover which he said has “taken 10 years and 2 stone off me”. The book is published by Hodder & Stoughton, part of Hachette.

The most viewed stories for week February 18-24 on antiquestradegazette.com

2 Trade views ahead of auctions ‘are business meetings’, says Christie’s

3 Maas makes a move from Mayfair to St James’s

The total including premium generated at Christie’s timed online sale of works from Brighton dealer Patrick Moorhead which closed on February 25. In all, 70% of the 124 lots sold.